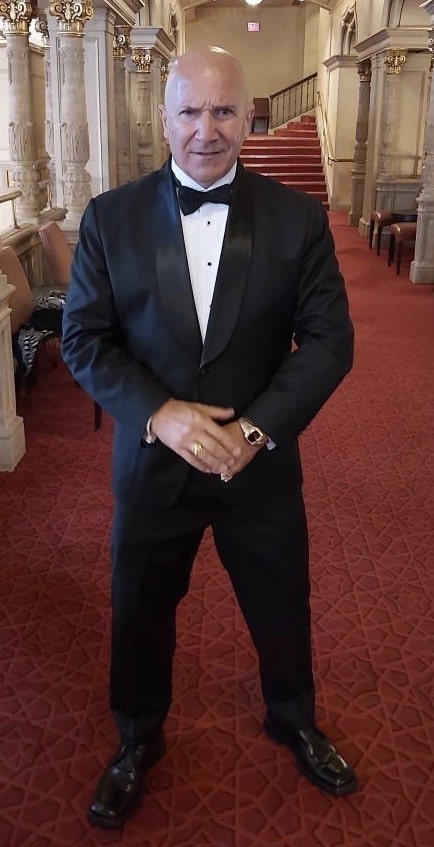 Check out this Exclusive interview with Actor John Specogna!

John Specogna is an actor currently based in Vancouver, Canada. John has worked on numerous big screen films to popular TV-Shows and he’s even been on set with Steven Spielberg ! Check out our interview with Actor John Specogna below:

J.S – A: I’m Canadian of Italian descent, based in Vancouver.

Q: What would you say motivates you or inspires you to be the best at your profession and do you have any favorite actors or directors that you want to work with in the business?

J.S – A: I like being a part of a story, to help the storytellers see their vision come alive on a screen and to be supportive to the lead actors and crews, who seem to always have the same high energy level they started with on the day even after 8 to 14 hours of work- I learned fast when in small supporting actors groups with leads, that I did not want to be the reason a director continued having to “going again”. With Vancouver being a TV series and Feature filming location hotspot there are so many talented actors, directors, and storytellers that film here, so being able to be a part of those sets is a great learning experience for anyone so I am grateful to my agents and to casting, and to directors who believe in me. I had the pleasure of working on a set with Mr. Spielberg, that was a great, enjoyable learning experience, got yelled at once, lol, and even got directed by the greatest storyteller for a short scene, was an enjoyable learning experience, I was lucky even to have made a quick few seconds in his HBO documentary, from that same set.

Q: What kind of roles would you say you most enjoy performing ( Drama, Comedy,Action)?

J.S – A:I’m happy with my agents and casting, or a director, placing me in any role they believe I am suited for. Again with the diversity of tv shows and features filmed in Vancouver, the opportunity to learn and become a better actor by working  in support of lead actors in any of these types of roles is there, and casting and agents do an awesome job of placing and casting people, as do directors. I mentioned that recently to a few local actors who were cast as henchmen for a character I stood in for 1 day on a top series, I could see how the lead got energy for his role from the supporting group, kudos to all and casting.

Q: Can you share with us what hobbies or other skills you have aside from acting that you enjoy doing in your spare time?

J.S – A:Yes, I like working out, enjoying the outdoors.

J.S – A: Nothing that I am allowed to talk about, but could be any of the tv series or movies of the week that are filmed in Vancouver.