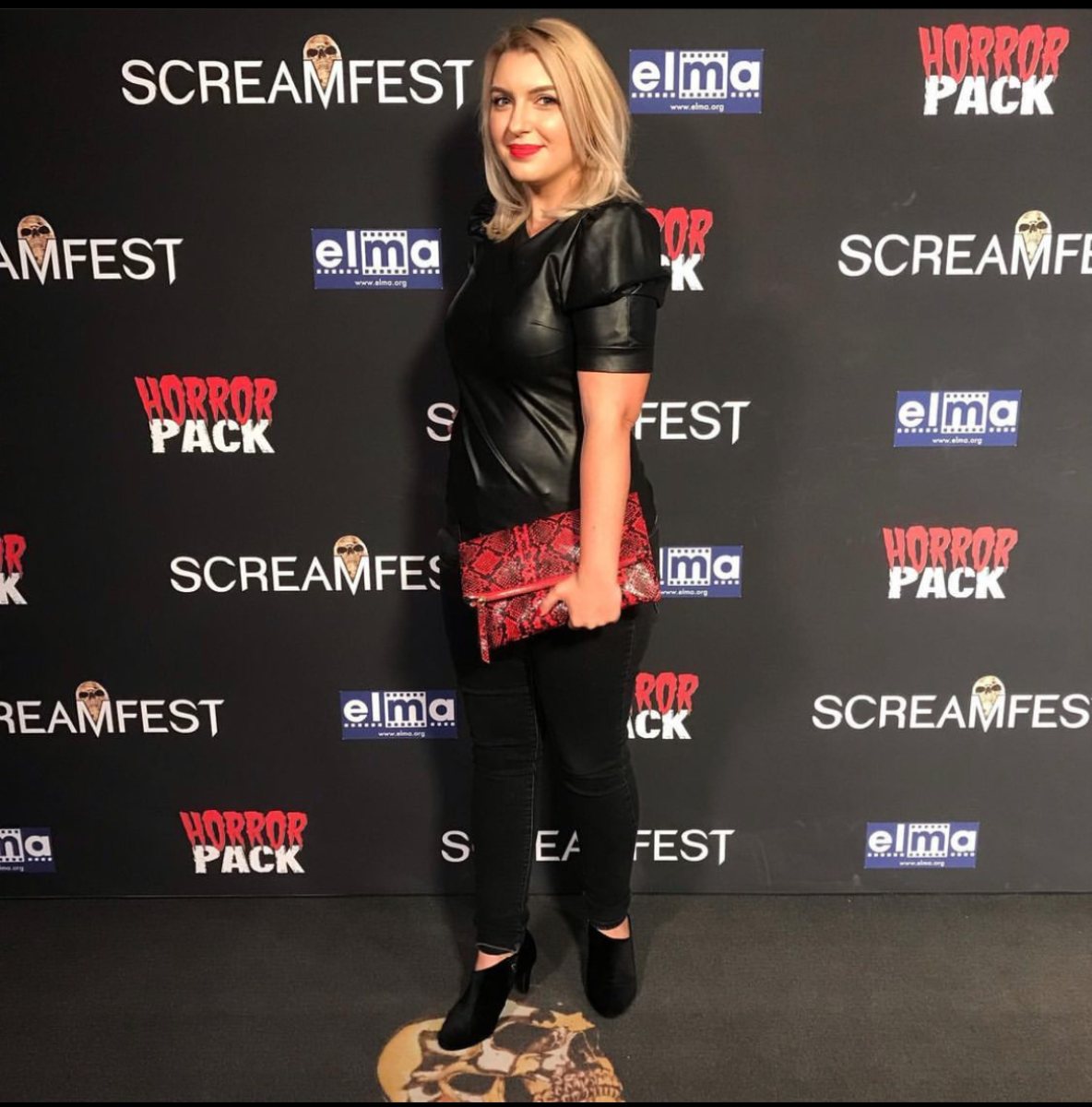 McKenzie Kelly is a multi-talented actress and pro entertainment MUA. McKenzie shares with us her work in the industry including her latest role in a slasher film out on DVD called ‘The Scout”. Read below our exclusive interview with Actress & MUA Pro McKenzie Kelly:

McKenzie Kelly – A: I grew up in Colorado Springs, Colorado and I currently live in Los Angeles, California.

Q:  What motivates you and inspires you to be the best at your profession in acting and do you have a top 3 favorite actors, filmmakers or directors that you want to work with in the business?

McKenzie Kelly -A: I was not planning on being an actor. I had experience with acting as a child and into high school, but I never really pursued it. When I moved to Los Angeles to do makeup in film, I started receiving incredible acting opportunities that I just could not turn down.

My motivation to be an amazing actor is to not only make myself proud for pushing myself out of my comfort zone but to also show the people that took a chance on me that they were right to do so. I feel incredibly grateful for this unexpected career. It is a dream of mine to one day work with Steve Carell, he is my favorite actor and has probably made me laugh more than any other human being ever has.

Brian Cranston is also an actor I would love to work closely with. Brian has such an incredible range, whether he’s making you laugh as Hal from “Malcolm in the Middle” or giving you massive anxiety as Walter White from “Breaking Bad.” Any time on set with him would be an incredible learning opportunity as an actor.

Julie Taymor is someone I would love to work with as well. She is an incredible director with so much creativity and vision. My favorite film is “Across the Universe,” which she directed. That film is a true work of art, in my opinion.

Q:  As an actress, What would you say is your fav genre in roles you play (Drama, Comedy, Action, Thriller, a little bit of all)?

McKenzie Kelly -A:  Comedy will always be my favorite genre in general, but it’s great as an actor to play many different roles. As much as I love comedy, drama can be great especially if your character is portraying important issues. I just hope whatever genre I do, it hits home with people. If I can evoke emotion from the viewers because of my character, whether it be laughing or crying, then I’ve done something right.

McKenzie Kelly -A: Well, it’s no secret that I am a full time Makeup Artist working in the film industry! I have been doing makeup now for nine years and just really love the creative outlet that it has become for me. Something that most people don’t know is that I actually started painting before I started doing makeup, so painting is a hobby and talent of mine that is extremely therapeutic for me and it also helped me to be a better makeup artist as well.

McKenzie Kelly -A: “The Scout” was a film that I had a role in that was just recently released on DVD and streaming platforms. It’s a found footage slasher film about making a horror film. It’s entertaining, surprising, and fun! I was really honored to have been part of it. I’m also currently working on a film called “An L.A. Christmas Story.” This is a cute, fun, romantic comedy Christmas movie. Let me just say, it’s not your typical Christmas movie!

McKenzie Kelly -A: Check me out on Instagram @Theactingmua