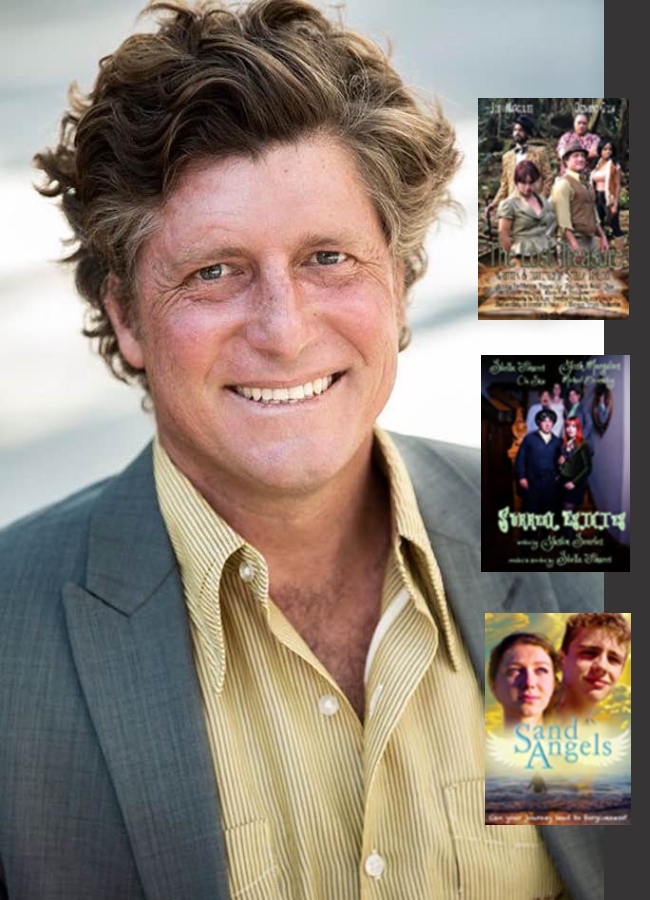 Josh Margulies is an award winning comedic & romantic actor, producer, director and author. His background is certainly adventurous & so are his films! Margulies’s resemblance to Hollywood Actors Gene Wilder & Matthew Mcconaughey is undeniable! Margulies was born in Nepal held by the well respected mother Theresa and raised in Hawaii. Josh Margulies has some great film projects lined up and he has also finished a script and book about his family history which illustrates the life of his grandfather who was honored by President Clinton for his contribution during the second world war. Read below our exclusive interview with Actor Josh Margulies:

Josh Margulies -A: Well that’s actually an interesting story! I was actually born in Nepal to American parents. My dad was a globe-trotting doctor and my mother a missionary. I spent most of my childhood traveling with them and living in Hawai’i and South America. I’m now based in beautiful Los Angeles, CA.

Q Josh, you are an award winning actor, producer and author known for your roles in  The Lost Treasure, Sand Angels and your performance in the film Surreal Estates that was featured in star studded Cannes film festival which is an amazing achievement!  What motivates you and inspires you to be the best at your profession and in film, do you have a top 3 favorite actors, filmmakers or directors that you want to work with in the business?

Josh Margulies -A:I’m fired up a lot these days by my new daughter. She is 8 months old and whenever I awake I look into her big blue eyes and find peace.

Since inner calm and fearlessness are vital to my best acting performances I am very thankful to be inspired by her light and her generous ability to communicate that without words. Since I am a comedic actor I aspire to work with & learn from Taika Waititi because of his amazing films & sense of humor. Also Sascha Baron Cohen since he is such a legendary comic and risk-taker. And lastly Rob Lowe for his cool & confident comedy that I emulate as well.

Q: As an actor what would you say is your fav genre in roles you play( Drama, Comedy, Crime, Action, a little bit of all)  ?

Josh Margulies -A: Definitely comedy is my forte. But I’ve dabbled in it all.

Josh Margulies -A:I am an avid surfer and I’ve traveled to over 35 countries.

Josh Margulies -A: An exciting feature film about to be released that I star in is Lost Treasure where I play a quirky Indiana Jones meets James Bond treasure hunter detective. What was also especially rewarding was that it was shot entirely in Hawai’i where I lived for most of my life and where I call my treasure.