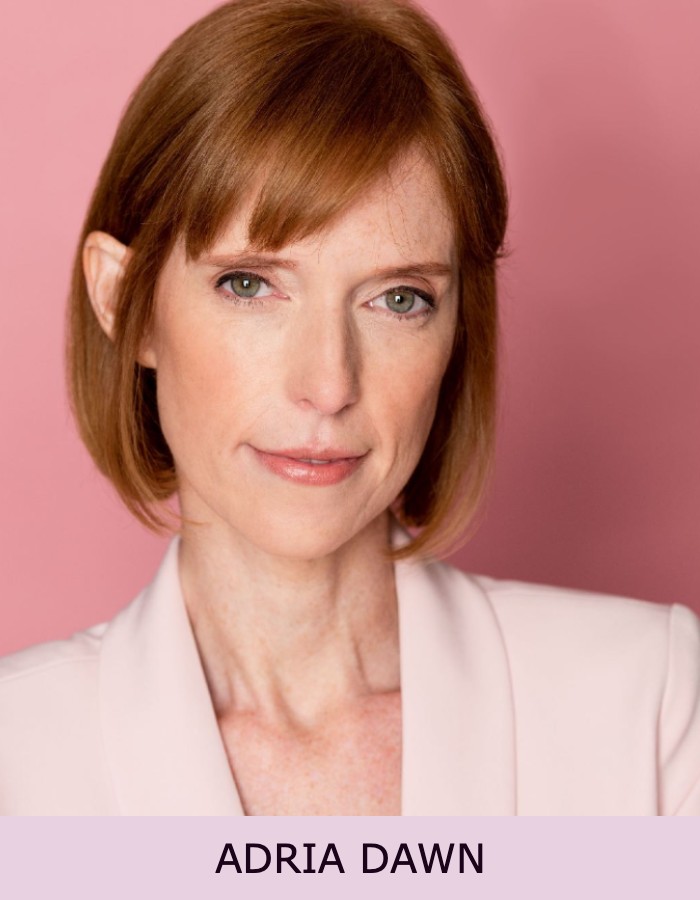 Adria Dawn is an award-winning American Actress, Writer, and Producer. She is known for her role as April Tuna on the hit TV-Series ‘Popular’. Adria is also driven to take film making to another level as she is making films for social change including “Gray Area,” “Karen,” and “Kids Matter.” Read below our exclusive interview with Actress Adria Dawn:

Adria Dawn -A: I’m originally from Champaign-Urbana, IL. Though I’ve spent many years on the west coast, the Midwest is my home. I live near the best city in the world, Chicago.

Q: Adria, you are an award-winning actress, writer and filmmaker. what would you say you’re most known for? What motivates you and inspires you to be the best at your profession as an actress and do you have a top 3 favorite actors, filmmakers, or directors that you want to work with in the business?

Adria Dawn -A: I would say my most known acting role is probably playing April Tuna on Ryan Murphy’s TV series, “Popular.” Lately you might have seen me in “Chicago Med,” as patient dealing with Alzheimer’s, and I have a thriller feature I’m in coming out where I play the villain, “An Ideal Candidate.”  As a filmmaker, I’m most known for my films for social change, including “Gray Area,” “Karen,” and my series, “Kids Matter.”

I think that joy is a big part of my motivation as an actress. It’s a tough biz to be in, so I strive have a blast while working hard. It should be fun. I love being on set, in any capacity, and I try to always remember to keep my gratitude ready and on hand with any job I work on.  Also, my son is a big motivator for me. As one of his role models, I want him to see me working hard and putting it all out there to do my personal best.

I would love to work with Tim Burton, Guillermo del Toro or Ava DuVernay. Sharing the screen with Uzo Aduba or Tom Hiddleston would be amazing.

Q: As an actress, what would you say is your fav genre in roles you play ( Drama, Comedy, Action, a little bit of all) ?

Adria Dawn -A: I love it all. I seem to get cast in roles that are extreme in some ways, so whether it’s a total nut or a big dork, I’m all in.

Adria Dawn -A:  I’m currently writing a memoir about my life called “Objects of Interest.” I’m about half way through I think. I’m looking forward to releasing it in the future. Reading about other people’s journeys has been so helpful and inspiring to me, it felt right to take a crack at it myself. We’ll see!

Adria Dawn -A: I just finished making “Gray Area” with my husband and producing partner, David Tarleton. I was the writer, producer and co-director on the project. The film deals with mom wine culture and drinking. It’s based on social worker and celebrity mental health expert, Kelley Kitley, and is adapted from her memoir “MY self.”

My husband and I have been working with New York based writer Gordon Penn on a feature script called “Back to One” . It’s a film loosely based on my life, and we are looking forward to making it in the future.