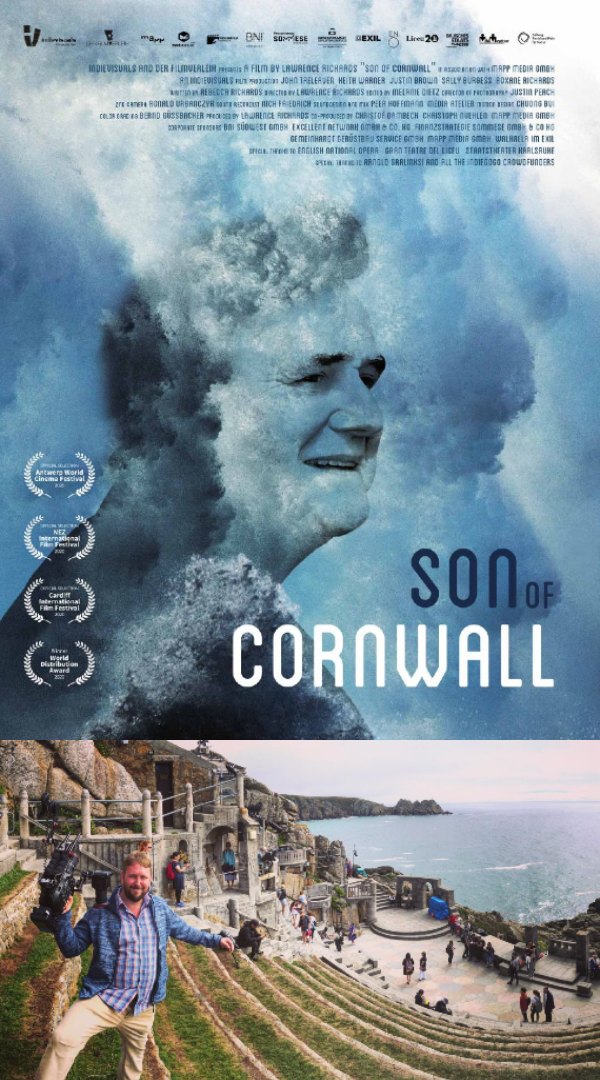 Exclusive: Get To Know Producer Doug Myer from the film “Son of Cornwall” !

Douglas Myer is an multi-talented Producer and Filmmaker. Doug was co-producer of the recognized film ‘Son of Cornwall’. During filming, Doug helped through various parts of production including giving director Lawrence Richard feedback in various segments and then helping land a worldwide distribution deal with Bayview Entertainment for the film.  Read below our exclusive interview with Douglas Myer:

Doug Myer – A: Originally, I’m from Westford, Massachusetts which I usually say is in the northeastern part of the state, though it isn’t in the north shore and not in Greater Boston but relatively close to those areas. I have also lived in Worcester Mass, Franklin Square New York, and Manchester New Hampshire. Currently I’m in Oxford which is in Central Massachusetts.

Q: What do you love most about filmmaking, and do you have any inspirations you draw from?

Doug Myer – A: Probably being able to be catapulted into different worlds with each project I take part in. Usually, my inspirations get drawn from listening to music or being intrigued with someone’s life story.

In the case with Son of Cornwall, both of those factors came into play, which really wanted me to get involved with the documentary. As a classical music fan, I heard of John Treleaven before but didn’t know too much about him or his career. So, I thought this would be a great opportunity for me to find out more about his life and work.  Lots of documentaries have been made on people like Pavarotti or Andrea Bocelli. So, if I wanted to take part in a project about an opera singer it should be one that tells the story a great tenor who’s not only as good as those guys but also someone who has never been presented on a documentary film platform before such as John Treleaven. That created a perfect reason for me to believe that a film needs to be made about Treleaven and who’s a better person to be the director of this production than John’s very own son Lawrence Richards? Those were the factors that essentially drew me in toward Son of Cornwall.

Later, with my involvement in project when Lawrence was showing me rough cuts for the film there’s a scene when he and his dad visit Sally Burgess, one of John Treleaven’s colleagues, to talk about their performances of Carmen together at English National Opera. At the end of this sequence, they all sit down to listen to their recorded performance of Soave fanciulla from La Boheme which ironically am pretty sure was the very same recording I heard on a classical music radio station way back in the 90’s or 2000’s.

So that’s what I also love about filmmaking where you sometimes might have these rare and special full circle moments where you don’t know the journey it’s going to take you through. Like being a casual classical music fan as a kid not knowing who the singers were behind those speakers at that time to being involved with a project where I got to find out about the lives of Sally Burgess and John Treleaven.

Q: What would you say is your fav genre in films (Drama, Comedy, Action, Thriller, a little bit of all)?

Doug Myer – A: For me it’s a little bit of all those genres. I enjoy watching various types of movies throughout different periods of cinema history. From heart filled classic dramas like How Green Was My Valley or Seventh Heaven (silent film in the 1920’s not the tv show). Seeing hysterical scenarios unfold in comedies such as Airplane and Rat Race. Being captivated with Gene Hackman driving like a maniac in The French Connection or the helicopter / train climax in the first Tom Cruise Mission Impossible movie. And some of today’s movies as well including the recent thriller Where The Crawdads Sing.

So, I pretty much have a fruit punch type of taste in movies.

Doug Myer – A: It’s probably something people do know about me, but I like to travel around to various places. For the most part it’s been in the Northeast portion of America but have gone to a good majority of the counties in all 6 New England States, New York State, and Pennsylvania.

Part of it is I get a little cabin fever from time to time being cooped up in one place for a long period but another factor that people might not know why I do it is that I sometimes end up finding ideas for movie plots through my extensive traveling. Discovering an intriguing story within a particular setting.

Doug Myer – A: I’m also a Co-Executive Producer on the feature horror fantasy film Witch being put together by Marc Zammit and the rest of his extraordinary creative team at Skylark Vision. It goes into the European witch trials during the 1500’s. The recent trailer release has been getting a lot of positive buzz.

With future projects I’m looking to make a short visual film set in the Hudson Valley, a twisted short horror romance film called Lovely Flames of Death and am helping Co-Write a feature biopic script called Through the Perilous Fight.

I also give more detailed posts with projects I’m working on / helping with on my Facebook page and maybe could accept a friend request. https://www.facebook.com/doug.myer.5/