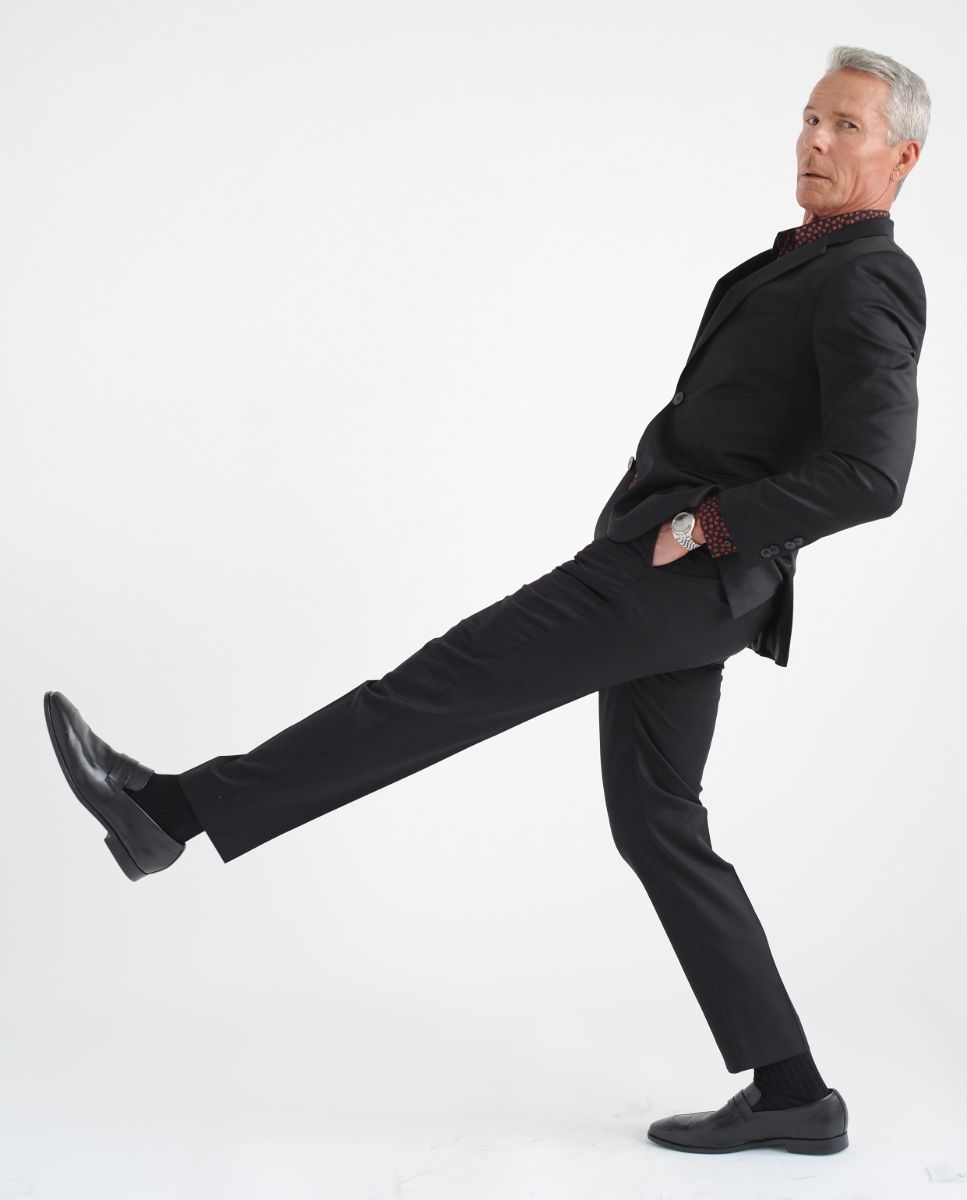 Douglas Jeffery is a multi-dimensional actor, producer and founder of 41 Sets! He has over three decades of experience in the entertainment industry and is known for producing various projects for some of the hottest networks. Read our exclusive interview with the talented Doug Jeffery:

Douglas Jeffery – A: My journey from where I was originally from and where I am now is a windy road. I was born and raised in a small town, West Deptford, New Jersey.  It’s a stone’s throw from South Philly.

In my twenties, I worked in Atlantic City as a croupier, but my goal was to act in New York. So, I would take the bus back and forth between the two cities for auditions.

One day, I heard about an audition for Chippendale’s.  I tried out and got hired for their new show in Pennsylvania.  From there, I ended up working in the NYC Chippendale’s and traveled the globe with them as the MC.

Then, I thought California was the place to be, so we loaded up the truck and moved to Sherman Oaks. And I’ve been in Los Angeles ever since.

Q: Douglas, you are a multi-dimensional producer and actor. What inspires you to be the best at your profession? Do you have a top 3 favorite actors, filmmakers or directors that you want to work with?

Douglas Jeffery – A: I love a challenge and I love to learn.  This is how you grow.  The more things you’re able to do, the more knowledge you accumulate.  And there’s only one way to do something: give it your all.

For actors, I’d like to work with Tom Hanks. For a director and filmmaker, it would have to be Quentin Tarantino.  You learn from everyone and every experience on set.

Q: What would you say is your favorite genre in film?

Douglas Jeffery – A: I don’t have a favorite genre. I like character-driven stories.  Movies that impress me are ones that have a human element and make you care about what happens to the characters.

Sometimes, I think filmmakers rely too much on CGI. The human element is what people really relate to.  I want to watch a film that moves the soul and inspires the mind.

Q: You recently produced both a television show and a film. Can you share a little more about these projects?

We are currently in our second season and it airs on FOX SOUL.  Everyone deserves a voice. We are all the same regardless of race, color, creed or sexual orientation.

“Clown and Out” is a feature film with a primarily Latino cast. It stars Alejandro Edda whom you might have seen in AMC’s “Fear the Walking Dead” and as Joaquin “El Chapo” Guzman in the Netflix original series, “Narcos”.

“Clown and Out” is a light-hearted comedy about a Latin stand-up comic who comes to America and accidentally gets involved with a drug lord.  It is in the same genre as “True Romance”.

Q: Can you share with us something people may not know about you? Any hobbies or other secret talent you have and/or like to do in your spare time?

Douglas Jeffery – A: Yes, I don’t have human children. My children are reptiles.  I have 4 tortoises, a rare turtle from Papua New Guinea, a bearded dragon and frogs. I’m a herpetologist in training! They are sentient little buggers!

Q: What are some projects that you wrapped up recently or that you are currently working on?

Douglas Jeffery – A: I am the CEO and founder of 41 Sets, a production and set design company based in Los Angeles. We have been in business for almost 20 years. I recently partially retired and am now back working as an actor and producer.

Most recently, I worked theatrically on a project that is being produced by director Eli Roth. And I worked on a romantic comedy starring Hailey Duff for The Hallmark Channel. It has been a great experience; now that I’ve stepped down as CEO of 41 Sets, I’ve had an opportunity to work again as an actor.

I’ve also been creating a new project with fitness guru, Tony Hill, about staying fit and active over 50.   We aim to inspire everyone to fitness that you can add to your daily life.

Q: What are your official social media sites we can follow?