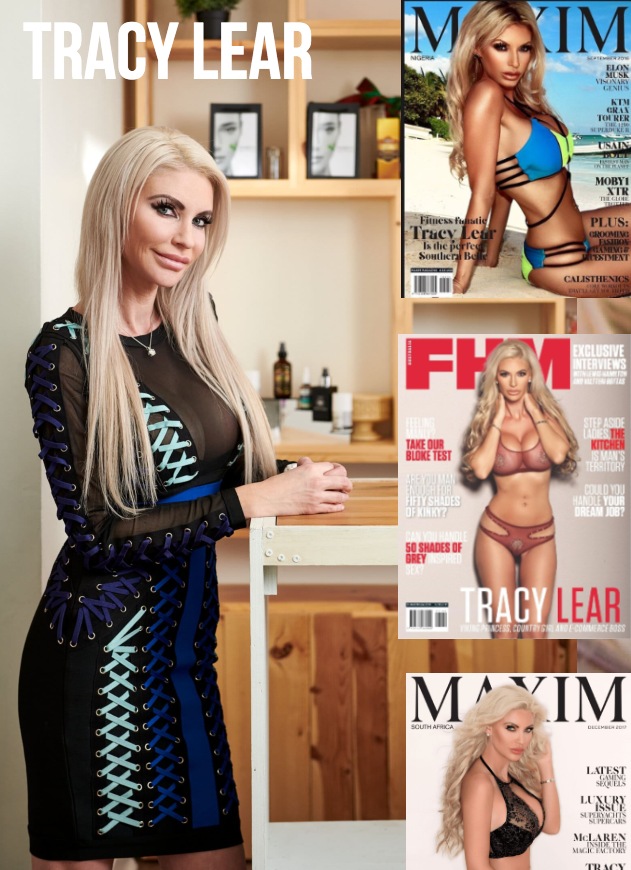 Tracy Lear is an American Actress, Producer and Model featured on the hottest covers including Maxim, Mens Fitness, and FHM! Tracy is also a successful entrepreneur and film producer with 7 new amazing film projects lined up in production! Read below our exclusive interview with Tracy Lear:

Tracy Lear – A: Elizabethtown Kentucky to Louisville Kentucky but I’ve got a good home base out in LA as well.

Q Tracy, you are an actress known for your role in the film Stan The Man, you’re producing 7 new films and you are a successful model being featured on some of the hottest mags such as Maxim and Men’s Fitness! What motivates you and inspires you to be the best at your profession and in film, do you have a top 3 favorite actors, filmmakers, or directors that you want to work with in the business?

Tracy Lear – A: I want to be a good role model for women, it motivates me to motivate others into bringing out their best talents. I’m a big fan of women actresses and producers like Reese Witherspoon, Sandra Bullock, and Charlize Theron. They are an inspiration and I’d love to work with them.

Q: As an actress what would you say is your fav genre in roles you play( Drama, Comedy, Crime, Action, a little bit of all) ?

Tracy Lear – A: Action and Horror are for sure the most thrilling and fun to take a character for. Screaming scenes are thrilling and it’s always exciting to have the fake blood and injuries on set.

Tracy Lear – A: I’m a big outdoors girl, I love Camping, horseback riding, and hiking. I’d rather sit on the ground than in a chair. I love to be centered on earth and life. Spending time with my family and my pets takes up most of my spare time when I’m not working on business ventures.

Q: You’re bringing back the great action films Hollywood loves and the cover of your new upcoming film ‘ Killer Rose’, says it all! What are some projects that you’ve just wrapped up recently or that you’re currently working on now?

Tracy Lear – A: Killer Rose is just the start to those movies and also some returns of the horror films I’ve been in previously as well. My Co-Actors and Family are also trying to put together some local horror legend films trying to bring production to our home town. My Brother Skylar and I are expected to be on As Seen on TV this year showing our product line off as well.