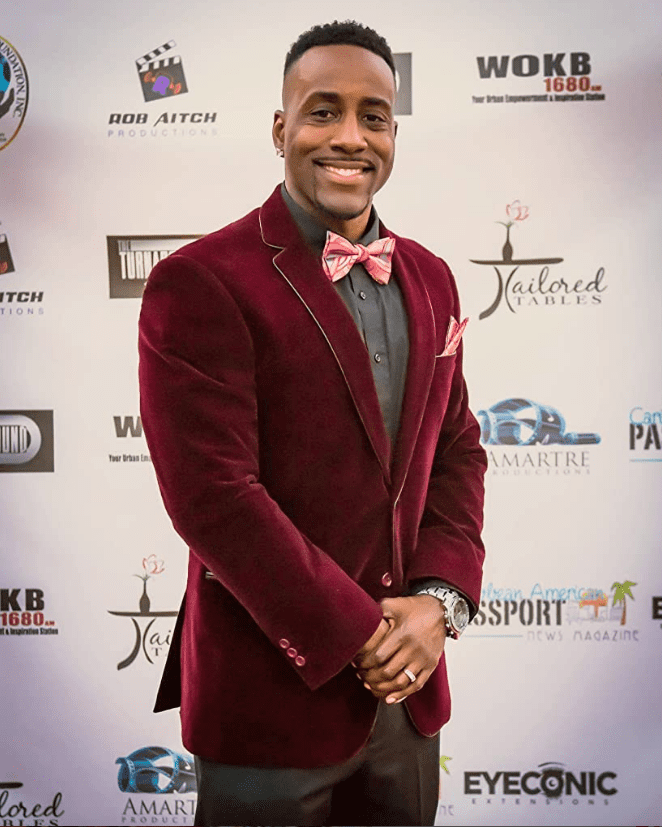 Troy Demerick Williams, also known by the nickname ‘Hollywood’ is an American Actor, producer and CEO of Thoroughbred Films LLC. He has been featured on ABC 7, Orlando Sentinel, Bradenton Herald, News Break, and News in Entertainment . Troy Williams has booked numerous film roles and continuing to rise higher in the industry! We had the chance to interview Troy Williams on CelebzTreasure, check out the exclusive interview below:

Q: Troy, tell us about your background and where are you located now on the map?

Troy D. Williams is an Actor/Producer born and raised in Bradenton, FL. A graduate of the University of Central Florida and former Semi-Pro Football Player, Troy made his acting debut in 2015 in short film “Deserving Mercy”. Williams landed his first lead role in a feature film “The Watchman’s Edict” (2017) and also won Best Actor in 2019 at the Southeast Regional Film Festival. In 2020 Troy launched his production company, Thoroughbred Films LLC, and began producing content. He currently resides in Orlando, FL where he enjoys life with his wife and three children.

Q: What most excites you about the acting and the industry?

Troy D. Williams – A: The craft itself is what excites me about acting. I love the entire process, I love storytelling. It is so amazing to begin with reading a script, to doing character development, then making solid choices, to finally bringing the character to life. I get an adrenaline rush each time I go through this process. Every role I play is another blessing/opportunity to give the best performance that I can possibly give. For me, everything comes down to the performance. I am not so fond of the industry itself. Just like any industry, the politics in it can sometimes take the fun out of it. If you are not careful, the politics of this industry can really discourage you and potentially destroy your passion for the craft itself. Therefore, I just focus on the craft itself and bettering my instrument each day. As long as I continue to work on my craft and grow myself, I won’t be able to be denied. You have to be strong to make it in this industry, and I was built for this.

Q: What kind of roles do you usually go for ( drama, comedy, crime, a little bit of all)?

Troy D. Williams – A:  I am a very versatile actor, so I go for roles in all genres. It really comes down to the script and my connection to the character and to the story. I love getting roles that are challenging because they really stretch me as an actor.

Q: What are your top 3 fav directors you want to collaborate with in the industry and why?

Troy D. Williams – A: I only get to select 3? This is going to be difficult lol. If I had to pick the top 3 directors I would want to collaborate with at this time, I would have to say Ryan Coogler, Christopher Nolan, and Martin Scorsese (in no specific order). I’ve seen some of the behind-the-scenes footage of Ryan Coogler directing and I love how he interacts with his actors. He is a true visionary. Christopher Nolan has given the world some of the biggest blockbusters of all time. I love his storytelling ability, and plain and simple, he makes the types of movies I love to watch and would love to star in. Martin Scorsese is the man. I love gangster/crime films and he is the best at directing these types of films. I would love to be in one of his films one day.

Q: You’ve been an athlete and it looks like you stay in great shape! How many times a week do say you focus on fitness?

Troy D. Williams – A: Thank you, I appreciate that! Fitness is a lifestyle for me, so I’m focused on it all the time. I work out at least 5-6 days a week, and I’m very conscious of what I’m eating at all times. I’m one of those guys who constantly counts my macros throughout the day to ensure my calorie intake and calories burned are pretty close. Supplementation is also a big part of my process, I currently use BodyKey by Nutrilite products to stay lean and maintain my physique. I believe in putting only the best of the best in my body.

Q: Can you tell us something we may not know about you? Any hobbies or other secret talents aside from Acting?

Troy D. Williams – A: Something that many people don’t know about me is I was gifted as a kid. They officially labeled me a genius at the age of 8. Even though my passion was in athletics, I had the best of both worlds- I was very athletic my entire life, and school came quite easy to me as well. I carried close to a 4.0 GPA throughout all of grade school. You can say that I was a jock and a nerd at the same time lol.A hobby that I have picked up is tennis. Although my main sports growing up were basketball and football, lately I’ve found myself falling in love with the game of tennis. I love it so much that I would honestly try to make a run at it by going pro. It sounds crazy because I’m 35 now and haven’t been playing that long, but if there is anyone crazy enough to do it, I’m that guy lol. You never know what the future holds.

Q: What are some new projects you’re currently working on ?

Troy D. Williams – A: I am currently not working on any new projects as far as acting. The pandemic really put a halt on many productions. So, during this time I’ve continued taking acting classes through Life of an Actor to keep my skills sharp. Prior to the pandemic I did have roles in two different stage plays that had to be postponed, so hopefully we are able to do those in 2021. However, I have been focusing more on the producing side of the house during these times. I recently launched my own TV Show called Limelight Conversations through my production company Thoroughbred Films LLC. We are nearing the completion of season 1. The goal is to get the show picked up by a network or streaming platform once completed.