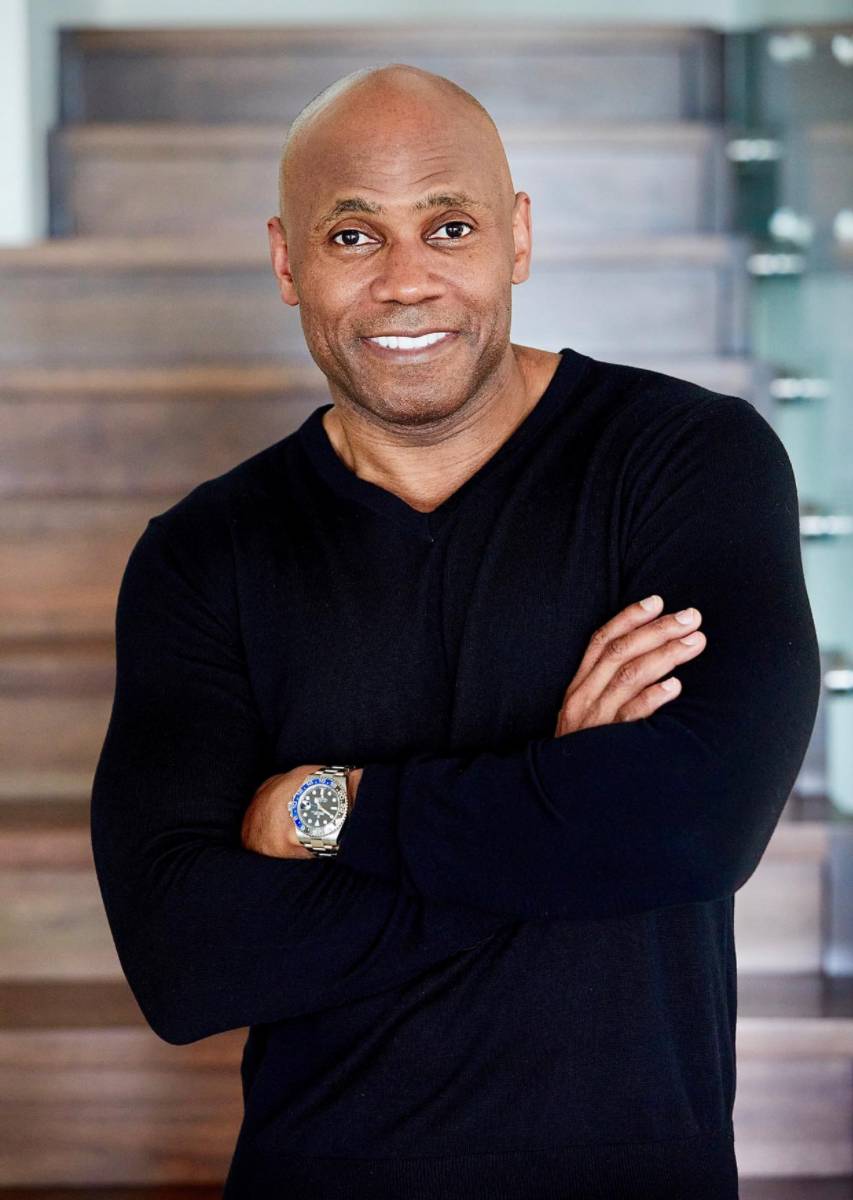 Keith Wallace is an American  Actor/ Model with over 20 years of experience in the entertainment industry. He is also CEO of Wallace Entertainment. Keith landed his first major role as a shield agent in the film ‘Avengers Endgame’ in 2019 featuring a star studded cast including Scarlett Johansson, Chris Evans, Chris Hemsworth and Robert Downey Jr. Wallace starred ( in episode 1 ) of the popular series ‘Loki’ on Disney Plus. As of January 2021, Keith Wallace (founded Wallace Entertainment to produce feature films and video content for TV & social media. Read our Exclusive Q & A below with Actor Keith Wallace!

Q: Keith you are a pro actor known for your most recent roles in the Marvels Loki TV series Ep:1 (2021, Avengers Endgame (2019), and Mondays Suck (2014), How did you get started in  the entertainment industry and most inspires you about your acting?

Keith Wallace – A: I got started in acting with a local film called “Tacklebox”, which shot locally in Naples Florida and produced and directed by Lou Hernandez, founder of Fiddler Productions. I got a call on a Friday afternoon and reported on set the very next morning. With no acting experience or training, I was able to satisfy the production company’s needs and realized at that point this is something I wanted to pursue further. Lou Hernandez & fiddle productions were an integral part of me getting in the business and continued to be a valuable resource. I am drawn to acting/modeling because it allows me to be someone else for a few hours or days. It is a good counterbalance from private sector security profession which always keeps me on alert.

Keith Wallace – A: I would love to work with Wesley Snipes. Not only do I like his films, but over the years some family and friends gave me the nickname Wesley. And of course the great Denzel Washington and a vampire alongside Kate Beckinsale . Filmmakers I would have to say Riddley Scott, Spike Lee and John Favreau. I was already lucky enough to work with the Russo Brothers, otherwise, they would have been my first pick!!!

Q: Based upon your acting roles, you have great look for roles of action, enforcement and crime films! As an actor, what would you say is your fav genre in roles you play( Drama, Comedy,Action, a little bit of all) ?

Keith Wallace – A: Since starting my security career over 25 years ago, I felt comfortable in this field, like it was calling. All of the jobs that I took on felt very rewarding and came naturally to me. I started off as a bouncer then on to: private investigation, loss prevention agent, executive protection agent, to my current role as project manager for Allied Universal (A private security company) overseeing security for Collier County Government Center as Chief of security. I believe this is why I am selected for this type of roles for film.

For TV and industrials and modeling, the roles are much more diverse, which affords me the opportunity to show a softer side of me. Security is something that I love and enjoy doing, and fortunately, my passion for this industry has assisted me in the entertainment world as well.

Q: Share with us something people may not know about you and other passions you have. What do you like to do in your spare time aside from acting?

Keith Wallace – A: I’m really a shy quite guy, never the life of the party, but can completely turn into Mr. personality once someone says “action”. After staying situationally aware for 40 hours a week at work, I mostly spend my time unwinding at home watching TV or working my entertainment company projects. I also like to read and workout and spend time with my family.

Keith Wallace – A: So In January of 2021, I started an entertainment company called “Wallace Entertainment”. With the help of my good friend and movie producer from LA Joe Majestic, we brought online a feature film that will be starring and directed by Kevin Sorbo called “Trial by Fire”. It’s a faith based good faith film written by James Bruner who also wrote numerous action films for the legendary Chuck Norris. We are ready to go after funding for this film and hope to shoot it here in SWFL.

Be a part of bringing Hollywood to SWFL by contributing to the production of this film! https://gofund.me/b5c7b3b4

In addition to film making, WE will create video content for TV and social media, assist actors/models with training and talent agency placement, voiceover work, photography, marketing, graphic design and so much more.

One of the reasons I started WE was to pass along the knowledge I have learned to aspiring actors and models. I’m always asked “how do I get started? And I’m also told stories of bad experiences by people trying to get into the business and getting taken advantage of. I like to help people by nature, and that is no different when it comes to the entertainment world. I want help ensure they take any unnecessary risk,or make any costly mistakes I am effort to get into  this business.

During these difficult times, I feel WE will be a benefit to the community and small business by assisting in stimulating the economy by creating jobs. In addition, WE will help showcase why Florida is still the #1 tourist destination for vacation and to live.

Keith Wallace – A: Below are the sites available to the public to access more information about “Wallace Entertainment” and our vision. The site I am most excited about is the facebook group “Collier County Models, Actors, Singers & Entertainers” I feel Collier County/Naples is overlooked as an area to shoot films and other video projects. I created this group with the sole purpose of changing that perception by showcasing not only the beauty of this area, but all of the talent and entertainment resources we have. After creating the group on May 12 2021, we have over 500 members and it continues to grow! The group contains professionals in the entertainment business that encompass: actors/models, directors & producers, video production companies, writers, makeup & hair stylist, voiceover talent, talent agents, writers and so much more!!

Helping people is something that I like to do, so I want my company and media platforms to be the community’s number one resource for all things entertainment.

Wallace entertainment is having their  launch party on September 18th at Komoon Restaurant in Naples Florida. Come mingle with entertainment professionals and learn more about Wallace Entertainments Vision! Click on the link below to RSVP or to become a sponsor for this event !!