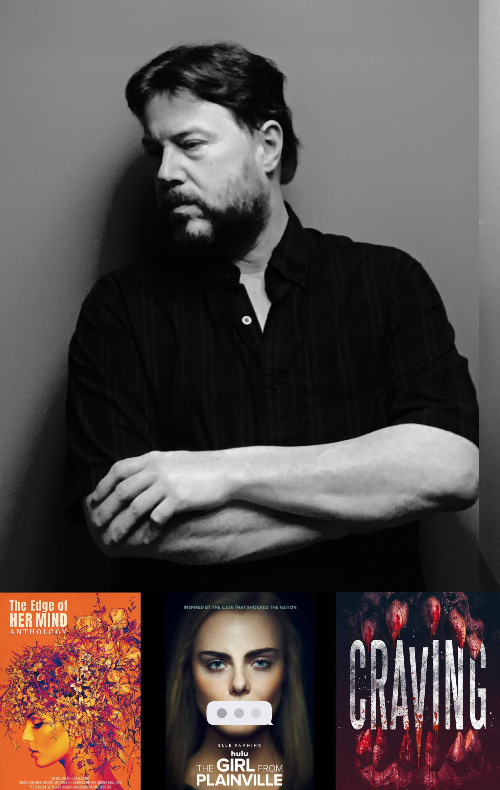 Joseph D. Webb is an American Actor and Producer. He is known for starring in TV & Film and producing films such as ‘Cravings’ and ‘ The Edge of Her Mind Anthology’. Joseph has a lot of great projects in the works in the entertainment industry! Read below our exclusive interview with Actor Joe D. Webb:

Joseph D. Webb – A: I’m originally from a small town a little north of Nashville called Springfield, TN. I’m now in Savannah, GA, where I moved to in 2019.

Q: Joe, you are steadily rising in the entertainment industry. What motivates you and inspires you to be the best at your profession in acting and do you have a top 3 favorite actors, filmmakers or directors that you want to work with in the business?

Joseph D. Webb – A: I’m motivated by the thrill of being on a set. I love seeing all of the work and different procedures that go into making a production. I don’t think the behind the scenes crews get nearly enough credit for the hard work they do…they really are hustling and bustling, and it can be exhausting but fascinating to watch them in action.

My top 3 female actresses are Meryl Streep, Jamie Lee Curtis and Sigourney Weaver; Male acting favorites are Harrison Ford, Michael Douglas and Robert DeNiro. My favorite directors are Steven Spielberg, Rob Reiner and Taylor Hackford. It would be a dream to work with any of these extraordinary people.

Q:  As an actor, What would you say is your fav genre in roles you play (Drama, Comedy, Action, Thriller, a little bit of all)?

Joseph D. Webb – A: My favorite genre currently is true crime drama. I also have a great love of comedy, horror and traditional drama

Joseph D. Webb – A: I think anyone who knows me knows that I absolutely love movies and television, but they may not know that I have had aspirations of writing some screenplays of stories that I have had rolling around in my head for years. I also love to read entertainment biographies and watch documentaries of the entertainment industry, especially of the “golden age” of Hollywood.

Joseph D. Webb – A: I just recently wrapped up appearing as an extra in the film adaptation of the musical of “The Color Purple,” and worked a couple of days on an upcoming Roku series called “Panhandle” starring Luke Kirby. I will soon be filming a supporting role in J Horton’s “Craving,” which promises to be a thrilling hybrid of crime and horror. I also did a day of filming on “Halloween Ends” for David Gordon Green.