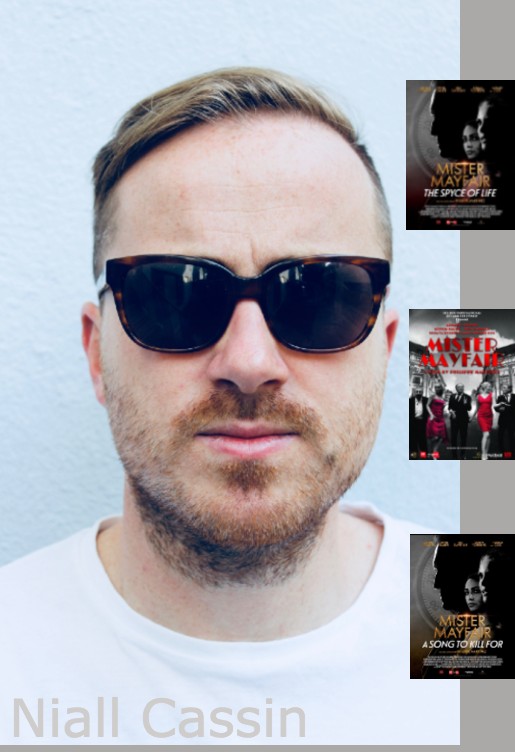 After spending a decade working in the banking sector in Dublin, Ireland, Niall Cassin risked it all to follow his dream and become a screenwriter – a journey that would take him all over the world and lead to a successful career. With more big things just around the corner, we chat to this charming Irishman…

Q: Niall, you’re a screenwriter and producer but you started out as a production assistant on some major Hollywood hits like Deadpool, War for the Planet of the Apes and the Fifty Shades sequels. Can you delve a bit more into this?

Niall Cassin -A: Sure. As a production assistant, you see and are around all the departments that make a movie happen. I would spend my days learning as much as I could from all the different crew members, from grips to hair & make-up to camera – this not only helped inform my writing but gave me a greater understanding of the filmmaking process and the mechanics involved.

Q: What would you say drives you to be the best at your profession?

Niall Cassin -A: Great question! What drives me is the craft, discipline and challenge of writing. I strive to create realistic characters with true emotions, flaws, wants and desires – even if their situation is unrealistic. I see them as flesh and bone, as real people.  I’m always trying to climb that mountain of perfection and as soon as I think I’ve reached the top the clouds part and there’s another peak… and I got to keep going!

Q: When did you first start getting noticed? Was there a turning point?

Niall Cassin -A:I had been working on movie sets for a few years and writing in my own time. Some of my scripts had been optioned but I wanted things to move faster, so I decided to produce a short. I wrote and produced ‘The Night Girl’. We filmed it on 16mm which made the short stand out and it got me on people’s radar.

Q: You have three movies out this year. Can you tell us something about them?

Niall Cassin -A:The first is Mister Mayfair which I co-wrote with the director. It’s a fun action movie with heart. We had a super cast and crew and I’m excited for people to see it.

Q: What are your upcoming projects?

Niall Cassin -A: A script I wrote is in the final stages of negotiations and we’re hoping to film soon. It’s an awesome action movie and some huge Hollywood stars are circling it. The team is amazing and we’re gonna bring a very unique take to the action genre.

I’m also producing a horror/comedy that I wrote with two producers in Canada this year. It’s a great twist on the ‘cabin in the woods’ trope and people are going to love it!

Q: If you could write for any 3 directors, who would they be?

Q: Any advice for someone looking to become a screenwriter.

Niall Cassin -A: Sure, start writing. It’s as simple as that. Writing is a craft that takes years to perfect (and remember there is no perfection). Start small, write a short and if no one wants to film it. You film it. People in the industry really respect go-getters. Initiative and hard work will open a lot of doors in the film industry.

Niall Cassin -A:It has to be Goodfellas.

Q: And finally, who would play you in the movie of your life?