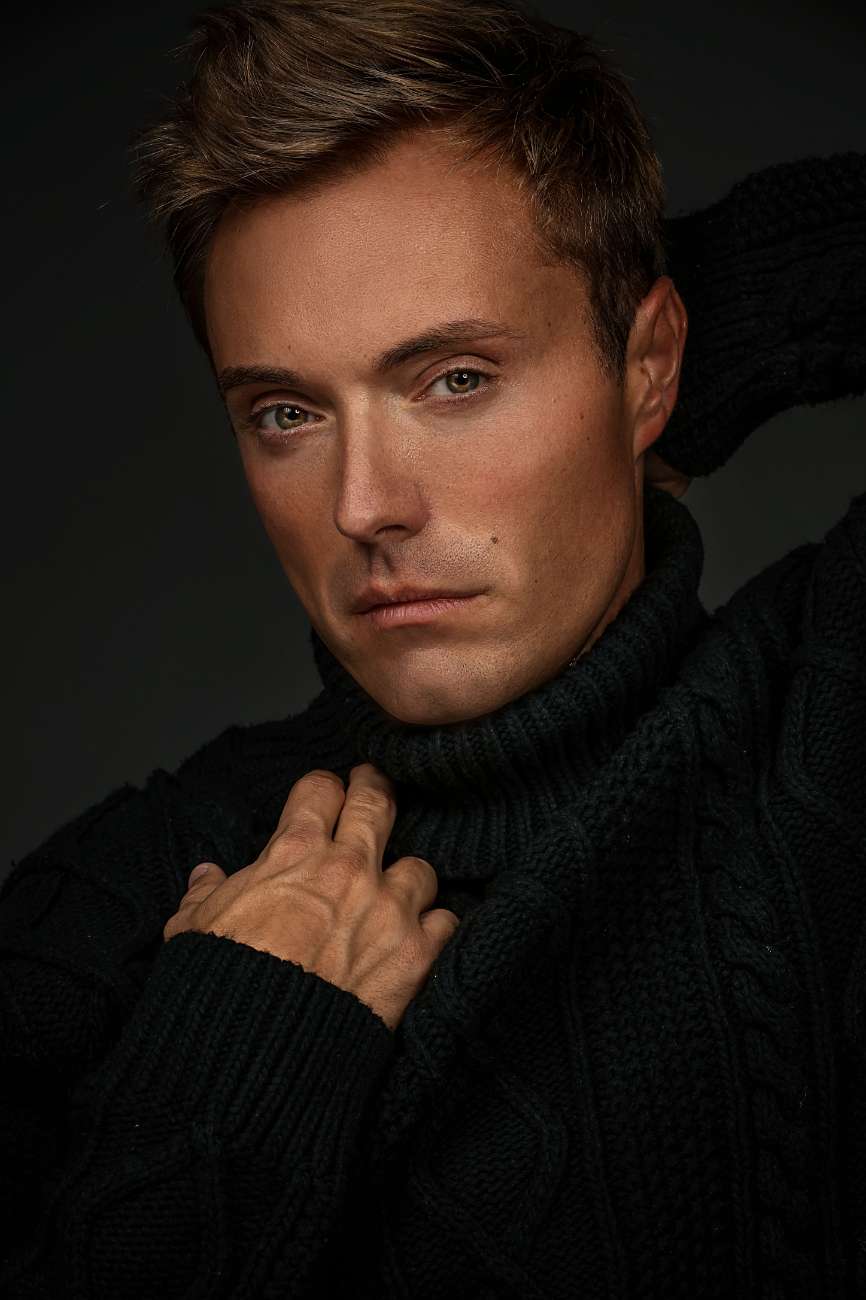 Johnny Hebda is a Multi-Talented Actor, Fashion Model, Director, Producer and successful businessman. Bringing amazing energy on camera and on set, Johnny has starred in many Film, TV-Shows, over 1000 theater performances, and has been booked for top brand commercials! Johnny Hebda is also the founder of award winning Utah Repertory Theater Company. Read below our exclusive interview with the multi talented and multi dimensional Actor & Model Johnny Hebda:

Johnny Hebda – A: Salt Lake City, Utah. I have lived in Nashville, Tennessee, and Orlando, Florida.

Q: Johnny, you’re a professional model featured in magazines and commercials for leading fashion brands. You are also an accomplished actor starring in high-profile TV series, playing lead film roles, and performing a single theater role in more than 1,000 productions (which is phenomenal!). What motivates you and inspires you to be the best?

Johnny Hebda – A:I have had the dream since a child to excel in the entertainment industry. I’m still on this journey. It’s an extremely competitive field. So, keeping my eye on this lifelong goal, gaining experience, and seizing every opportunity available are three of the necessary steps to get where I want to go. If I’m not working hard every day, someone else is; this keeps me motivated.

Q: In the film industry, do you have three favorite actors, filmmakers, or directors that you want to work with?

Johnny Hebda – A:Yes! Leonardo DiCaprio has been my favorite actor, since a young child. The roles he plays and his movies inspire me. It would be a dream come true to work with him. I also have always loved Quentin Tarantino — his unique directing style and dark-themed comedy and exploration of controversial and edgy subject matters have resonated with me. And lastly, a Clint Eastwood-directed movie. His raw and realistic directing style — full of characters laden with moral conflict and a search for justice — have always struck a chord with me. A fourth runner-up would be Baz Lurman: His artistic genius, unique infusion of modern and classic styles, in both his directing and storytelling concepts, inspires my creativity and thinking outside the box.

Q: You have an amazing physique and energy! What is your routine to stay healthy and fit? Is there anything that you can’t go without?

Johnny Hebda – A:Much appreciated! It’s mainly about discipline and sacrifice. And because I travel a lot, there is always a reason to not hit the gym or find an inconvenience. It’s just controlling the mind and doing what I don’t want to do when I don’t want to do it. I also live in a downtown Salt Lake City condo with a full gym just a floor above my unit. So, there are no excuses.

Q: You have been professionally trained in acting since a child. What is your favorite genre (drama, comedy, crime, action, a little bit of all)?

Johnny Hebda – A: I like a mix of it all. But I’ve always been drawn to dramas. The dark, soul-wrenching material that challenges people and makes them think. I like complex characters that explore the extreme areas of humanity.

Q: Can you share with us something people may not know about you? Any hobbies or other secret talents?

Johnny Hebda – A: I like distance running, and I recently competed a grueling half ironman in challenging weather conditions. Oh, and I completed a two-year mission to Canada for the Mormon Church.

Q: Can you share some projects that you’ve just wrapped recently or you’re working on now?

Johnny Hebda – A: With the Covid crisis, a lot of my projects are on pause or have been delayed. I’m excited for the world to return to normal! But I have an exciting musical theater role that I am preparing for. There’s a character I created for a new comic book series, which is about to be published. Also, an indy film I’ll be both producing and starring in. These three projects have not been publicly announced; so for the time being, keep an eye on my social media and website. There will be announcements soon!

Q: What are your social media sites we can follow to learn about these projects — and your other diverse activities?