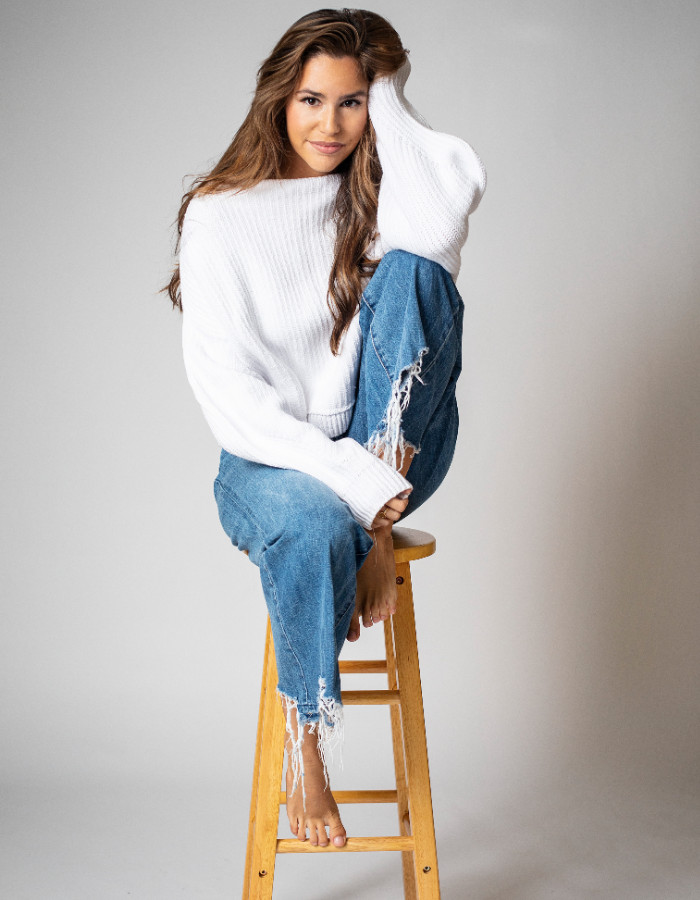 Savannah Lathem is a multi-talented American Actress, Singer, and Song Writer. She is known for starring in many tv-shows and films, also winning a young artist award! Savannah Lathem has out a new hit single ‘Hope Again’ that is available on all music streaming platforms YOUTUBE – SPOTIFY – PANDORA – DEEZER – APPLE MUSIC. Read below our exclusive interview with Actress & Singer Savannah Lathem:

Savannah Lathem – A: I was born & raised in Birmingham, AL & moved to Los Angeles for several years before moving back to the south. I live in Atlanta, GA & absolutely love it! Atlanta has so much to offer with the big city vibe & it is so important to me to be able to spend time with family & some of my close friends who live in the south. I feel like I get the best of both worlds living in Atlanta.

Q:  Savannah you are an Award Winning Actress starring in multiple films and series, What motivates you and inspires you to be the best at your profession and do you have a top 3 favorite actors, filmmakers or directors that you want to work with in the business?

Savannah Lathem – A: Robert Carlyle is one of my favorite actors and one of the kindest people I have ever known. I played his daughter in the Indie Film, California Solo, & won best supporting actress. I learned so much from him on and off set. He gave me some of the best advice anyone has ever given me in the industry. He told me to never give up on the things I cherish & to always be myself. Those words have stuck like glue to my heart throughout life. I also have the greatest respect for Director Wes Miller & Producer Curtis Nichouls who I worked with on set in a small role in Hell On The Border & wrote an original song, Gonna Make A Change, featured in the movie. I would love to work with Sandra Bullock. She is an amazingly talented actress, & producer who does both Drama & Comedy. It would be a true honor & dream come true to work with her.

Q: In film, what would you say is your fav genre in roles you play( Drama, Comedy,Action, a little bit of all)  ?

Savannah Lathem – A: That is a hard question to answer because I love Drama & Comedy equally, but I always love a challenge! Drama roles inspire me to step outside my own comfort zone and be in a position to play roles I might not have ordinarily experienced in real life situations. Action roles are very cool & I have actually had opportunities to play a few action roles where I got to use some mad skill Brazilian Jiu Jitsu moves during a Disney guest star role & swim during a scene in Criminal Minds. I truly love Comedy because I can portray the crazy, upbeat, fun side of characters. I act goofy with my friends, so it comes easy for me to get to use my goofy, fun side to develop characters & bring something new, exciting & hysterical to a character role. I am crazy about sports & take dance classes, gymnastics, Brazilian Jiu Jitsu, kick boxing & I enjoy playing classical music on piano.

Q: You are also a professional singer! When did you start singing and can you give us exclusive info any upcoming music release ?

Savannah Lathem – A: I was a closet singer-songwriter until I wrote an original, Gonna Make A Change, for Hell On The Border starring David Gyasi, Frank Grillo & Ron Perlman. I am very passionate about writing songs for TV & Film. My favorite Genres are R&B, Pop, Singer-songwriter and Contemporary Christian Music. I am super excited to release Hope Again October 18th & Everlasting Fire this year on Music platforms & radio. I have a few cover songs I am going to release (Rise Up & Lovin’ You). I feel so blessed to develop friendships with such amazing people in the acting & music industry. I am so thankful for the people I have met during this incredible journey & for those who have remained in my life.

Savannah Lathem – A: I love helping people and I am currently raising money for a  disaster relief project to help rebuild Lighthouse Worship Center in Galliano, LA that was destroyed by Hurricane Ida (Category 4) this year.   Like my brother, Landon, and his family who live in Galliano, so many people suffered great losses across the state of Louisiana from Hurricane Ida.  You can contribute by purchasing & streaming my original new release HOPE AGAIN on Spotify, iTunes, Apple Music , Pandora and more by clicking these links:
https://www.gofundme.com/f/lighthouse-worship-center-disaster-relief
https://songwhip.com/SavannahLathem

Savannah Lathem – A: I just wrapped a lead role in an Indie Film that shot in Tennessee and had a blast doing a National Pharma Print Shoot.