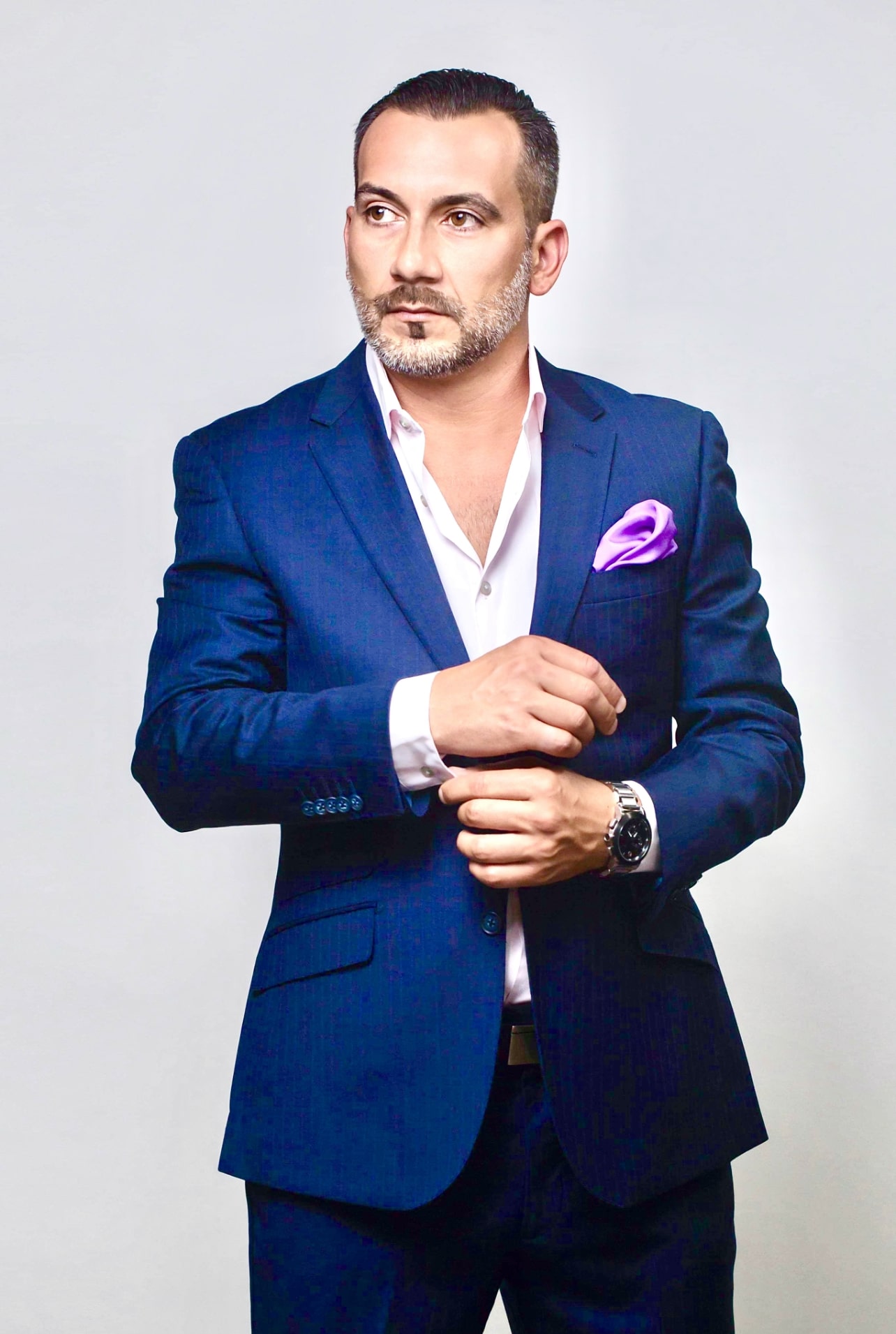 Amir Rossi is a professional actor who recently completed a role with ‘Wolfhound’ Actor Brian Heinz. Amir just moved to the heart of the entertainment industry to pursue acting professionally and has a lot of great things in the works! Read below our exclusive interview with Actor Amir Rossi:

Amir Rossi – A: I’m originally from Washington DC. and currently based in Los Angeles.

Q:  What inspires you to be best in your profession and who are your top 3 all time fav industry pro’s ( actors or directors) you’d like to work with?

Amir Rossi – A: It’s simple, I want to build my legacy. To accomplish something great and be able to sit back thirty years from now and be recognized, and admired for my accomplishments in particular roles/films. It all started with Schwarzenegger in movies like Predator, Terminator and being blown away by his action packed performance. Johnny Depp, Al Pacino, De Niro, Stallone, Angelina Jolie, Brad Pitt (the list is endless) who are actors in which I have to credit for inspiring me. Their performances will forever be timeless, and will inspire generations to come. Audiences of all generations recognize the actors I’ve previously mentioned, and directors such as Quentin Tarantino, Micahel Mann and Martin Scorsese. As a child I drove my mother crazy acting out characters like Ace Ventura, Terminator, and others. It was a way for me to break out of my introverted self, and kept me entertained when I was alone. It was also a way for me to break the ice with my peers by making them laugh, as I was constantly changing schools.

Q: Amir, how was your experience relocating to the heart of the entertainment industry in LA and signing with the HBM Talent?

Amir Rossi – A: It’s been an adventure on its own. I’ve had a successful life back in Florida and Ieft to pursue acting full time. I’ve always had this vision of moving to Los Angeles and pursuing a career in acting, and here I am. It’s been surreal, yet fulfilling. Some have called me crazy and others have told me I’m an inspiration, I say I’m a mix of both. LA is an inspiration in itself. There’s so much industry history here, and I want to carve my name in Hollywood’s culture. If you’re fortunate enough, you’ll get one opportunity in life, and you better seize it for everything it’s worth.

Sophia Felix from HBM Talent was my deciding factor on moving to LA. We had a conversation via phone. At that time we were collaborating with each other from coast to coast. She told me, “You want to be a professional snowboarder, you go to Colorado. If you really want to be a professional actor then you need to come to Los Angeles”. Two months after that conversation, I had sold everything I owned, packed a backpack and flew to LA. She is an inspiration on her own.

Q: As an actor, what is your favorite role to play (action, drama, comedy, etc.)?

Amir Rossi – A:  If I had my choice, my look fits the villain. Mob movies and shows for example GoodFellas, A Bronx Tale and the Sopranos have always been my personal favorites. When you’re acting you can’t limit yourself to one particular role. I want to be the guy that’s a mobster who can also play an elusive in depth role such as Edward ScissorHands or Beetlejuice, Batman. Versatility will land you more roles. A great actor is one that can be a chameleon. Acting, according to Pacino, is about “getting into a state that brings about freedom and expression and the unconscious.” “If you know what you’re saying and why you’re saying it, what you’re talking about and who you’re talking about and how you feel when you talk about it, then you don’t have to act on it,” Pacino says. The best pieces of art, whether they are books, songs, or films, connect with their audience on a visceral, emotional level. Form an emotional connection with your reader or end user, and you’ll find that your work will resonate much more deeply.

Q: Can you reveal any projects you’ve wrapped up or have in the works ?

Amir Rossi – A:  I want to conquer every avenue of my profession in film. I write films as well, and have about four movie concepts in which I’m going to both write and produce. I call it the “Stallone Approach”. Stallone wrote Rocky, and part of the deal to distribute the film was for him to play the main role. That’s exactly my approach. My main focus is a script/ film called TRAFFIC KINGZ. I had to create my first acting reel, and in two days came up with the storyline/script. The deeper I got into the role, the more my mind spun out of control with a vision, and ideas which I will ultimately turn into a video project when all the right pieces are aligned.

Amir Rossi – A: First and foremost I have a passion to create, work and write out my ideas.  When I’m on my downtime, I enjoy being outdoors traveling, fishing, and exploring new cities. I’m also my own personal chef, and have a love for multicultural cuisines.