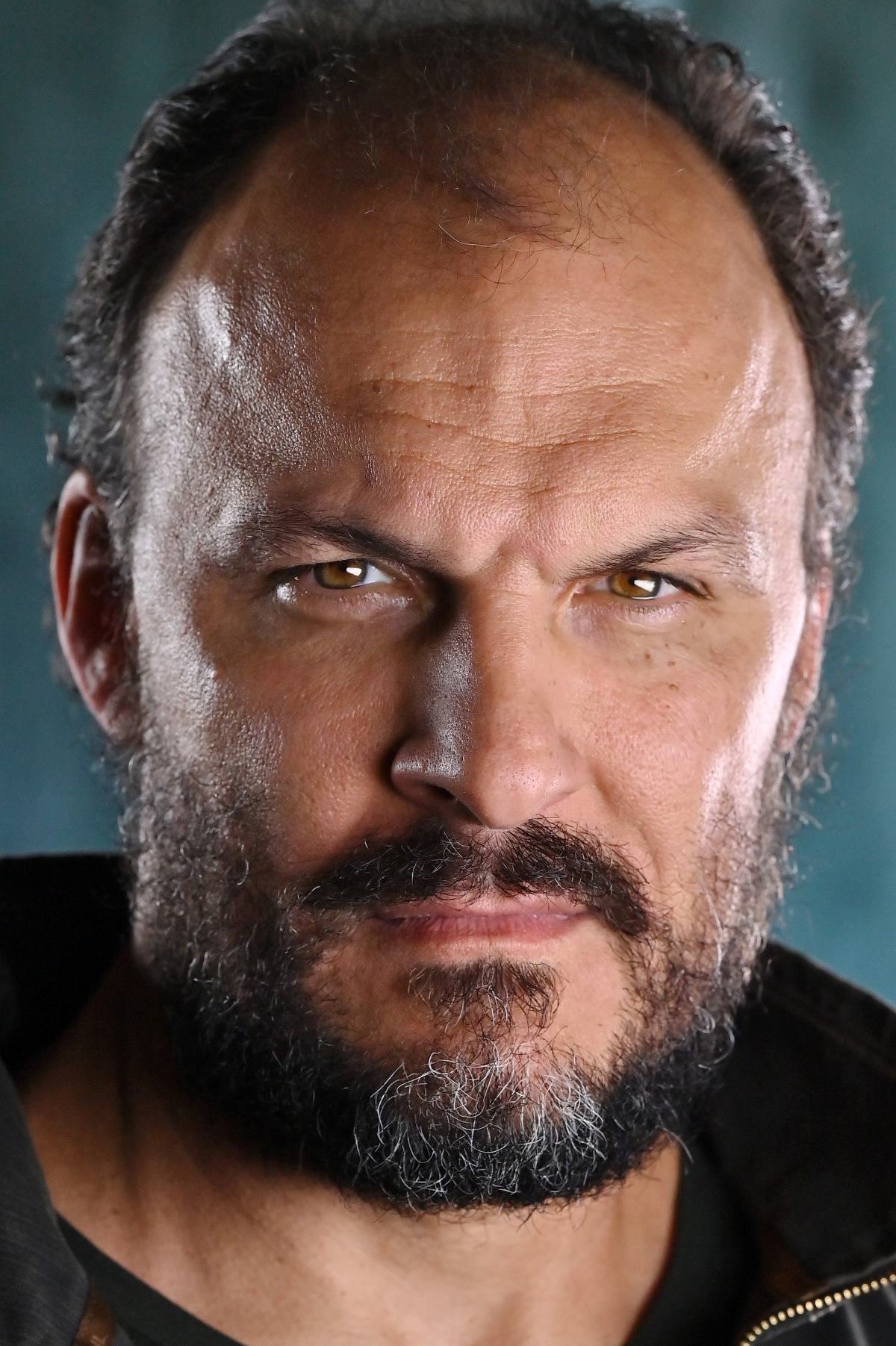 Fred Mancuso is a talented actor and producer known for his work in the industry in the the hit movie “Made in America” with actress Jennifer Tilly. Fred also starred in a number of top network TV-Shows including “S.W.A.T”, “Lucifer”, and many more reputable and hit productions. Fred continued steadily rising in the entertainment industry and has great news to sharing including productions in the works. Read below our exclusive interview with Actor Fred Mancuso:

Fred Mancuso – A:  I was born in Massena, New York and I grew up in Pittsburgh, Pennsylvania, I lived in Los Angeles since 1989 and recently just moved to eastern Oklahoma.

Q: Fred, you are a true gem in the entertainment industry. As a multi-talented actor continuously rising in the industry, what motivates you and inspires you to be the best at your profession in acting and do you have a top 3 favorite actors, filmmakers or directors that you want to work with in the business?

Fred Mancuso – A:  Thank you for your encouragement. There is much to mention and pay homage to. I think my family’s influence is the most important to me. My dad played football, but his father was working to support his mother and 12 siblings by the age of 13. He was the oldest son and an Italian immigrant whose father, Vince, gave up living in Sicily to work in the steel mills of Pittsburgh at the turn of the century. My mom’s mom worked for DuPont Richmond and my mom was a dancer, an only child, a model, an actor, but a dancer most of all. When Mom and Dad met, at that time, dancers in Virginia and football players weren’t earning enough to raise a family and Dad had brain cancer in his late 20’s after having four kids, so continuing their arts was not practicable, so they gave up their talents to us. I wasn’t allowed to play football at age 9, so in spite of my dad, I called his sister “Aunt Linda’ and enrolled in dance classes with cousin Jane at Rosalene Kenneth Dance Studio in Pittsburgh.

One of 3 boys and 300 girls, I was very self-conscious, embarrassed about having a crush on all of these girls and being called a sissy by family members, so there was a lot to work through mentally and emotionally at the time. My brothers and sisters are very talented, and my dad’s dad, Joe Senior, played guitar, harmonica, and sang all his life. He sang at the barber shop and played at old folks’ homes until he passed away at 87. In 02, I was at Fort Stewart, Georgia, getting ready to deploy, when my grandfather passed.  Both my grandad and grandma helped raise me. Pap would play songs and the family would get together and sing together after a huge meal. On mom’s side, they were spread out from Virgina to Florida and they all sang and played music, ect.

My cousin Patty was an inspiration to me. She was also talented at acting, musically inclined, and a teacher of fine arts at the University of Cincinnati. Uncle Jim, my grandfather’s nephew, graduated from fine arts at the Pasadena Playhouse and retired from the directors guild after working as a stage manager on the Johnny Carson Show and won an Emmy award for being the associate director of the famous wrestling in the 1984 Olympics. I was in every talent show from grade school to high school everything from bass to playing guitar with my brother Joe, who is an accomplished musician and composer, singer, and actor. I tried to become an astronaut during the US air force at the age of 19 in 1987 and after getting a general officer endorsement to play football and attend the US Air-force academy, a bar in a fight ended that opportunity. I got out of the air force and tried walk on as a football player Pittsburgh for the University of Pittsburgh, but that door never opened.

My brother Joe was playing football for CMU and getting a degree in fine arts, as was Laurie, our sister at CMU. She is an artist and a talented painter. They both worked their craft daily, and were all in our 50’s. Joe is 56 and Laurie is 53. So when I got to Los Angeles, California in May of 1989, I learned a monologue and went to an open call at the Universal studios in front of people and got hired for the Miami Vice Stunt Show. I’ve always had this willingness to face my fears and it’s never gotten any easier. I’ve wanted and strove to be independent, yet I’ve always had this drive, this spiritual source connection, the divine source. I’ve had an intimate miracle and deep loving connection with people and nature and I’ve always felt a creative and active benevolent source connection.

This faithful flow brought me towards W. Morgan Shepard, whom I met on “Cain”, a pilot on NBC for Warner Brothers in 1990. I went Morgan Shepard’s workshops for years and all cold reading sessions was his process. He forced us to develop authenticity and encouraged us without babying us. Fear tries to envelop us every step of the way in this realm. I have always maintained my right to be a free and sovereign soul. Getting into metaphysics in LA helped broaden my vision, scope, and the flow of the movement vital to pushing the envelop as an actor and war-fighting solider.

Producing came after not playing the game of audition and building the credits with prestigious academic accolades in fine arts. The technical aspects of TV & Film craft have been learned on the job through training and listening and working with people, picking things up along the way – watching films and studying them across the board. I am enthralled with the work of Tony Scott, Ridley Scott, David O. Russell, and Steven Knight.

All of the following are appreciated: Game of Thrones, The Wire, The Night Manager, Big Little Lies, Chronicles of Narnia, Peaky Blinders, Outlander The Hobbit, Lord of the Rings, Star Wars. Captain Fantastic is one of my favorites, as is the directors cut of the Kingdom of Heaven, and The Dark Night.  I also love Monty Python, Christopher Guest, Best in Show, For your consideration, Russell Brand in Forgetting Sarah Marshal, Get Him to the Greek, The Notebook, Moulin Rouge, and Indiana Jones. My sons have motivated me and taught me much. Some people in the industry I’d appreciate and would like to work with include Johnny Depp, Brad Pitt, Christian Bale, Sam Worthington, and Liam Neelson to name a few.

Q:  You have a classic Hollywood action movie star look and you’ve been apart of that era starring in numerous hit productions! As an actor, what would you say is your fav genre in roles you play (Drama, Comedy, Action, Thriller, a little bit of all)?

Fred Mancuso – A:  Action, Drama, Comedy, I also do thriller. I just did a reading Saturday night of a thriller piece that my buddy Zac Franklin is helping to produce and he wrote with his brother-in-law. They’re pitching that today. It’s a thriller and a period piece. It’s really good. We’ve all seen movies that take instead of give, I’m not down with that, but as an actor, I don’t control all the outcomes of production and it must be the way. Even when working as an actor who is also directing and producing, I need detachment through acceptance, focus, and letting go. I couldn’t do that if it were not for Morgan Shepard’s training and being clean and sober. A friend of mine told me a while ago, life is about living comfortably with life’s unsolved problems.

Playing action with actual combat experience has been more of a challenge for me,believe it or not. I’m producing right now, “The Wolf of Aleppo,” a war film about a Navy Seal Logan Reed, an older team sergeant and alcoholic on a mission against an Isis leader who’s helped by a band of displaced children to rescue a captured teammate and return home. It is an action-packed and moving drama written by Douglas Scheirer, also from Pittsburgh. I usually play the heavy in TV and at 6’5, it is a nightmare for shorter leading men and petite leading women. I am always working on the next play as well, even in the small town of Oklahoma.

Fred Mancuso – A:  I still sing and play the guitar.  I have a few songs that I’ve learned and play daily. I’m a wood worker and I make things, furniture, beds, and all kinds of stuff. I still run and attend the gym here in town, but I live mostly in seclusion, breathing in and out. I am in a place of solitude and poised attention.

I’ve worked and studied the craft continuously with no formal training, and I’m okay with it. Morgan was with the Royal Shakespeare Company and a working actor in Hollywood, California. I asked him if he thought I needed formal training and he said, ‘You don’t need it. Freddie, school would make you a better actor, but you don’t need it.’ I think I know what he meant now.

Fred Mancuso – A:  I am producing “The Wolf of Aleppo.” I did some voice work for ‘The Take Down’. It is a French comedy that just came out on Netflix. I did voice over work in English for a couple different roles in the feature. I also worked on another Netflix animation (The Bright Series), ‘Bright: Samurai Soul’, as a lead, and it was one of my favorite characters to play. The lines came like a streaming thread. Voiceover work is very challenging, but I guess I have a knack for it. In acting, I am never at a place of certain confidence of what my next role is or how to play this guy until I’m doing it. The irony for me is in the action. I can’t play the objectives, or the intention, or the prep, just seize the moment with an openness and a stand that solid, but malleable. For me, it’s a cathartic process of letting go and risking all. I also have a number of scripts that I’m shopping for my production company, and I just got another audition.