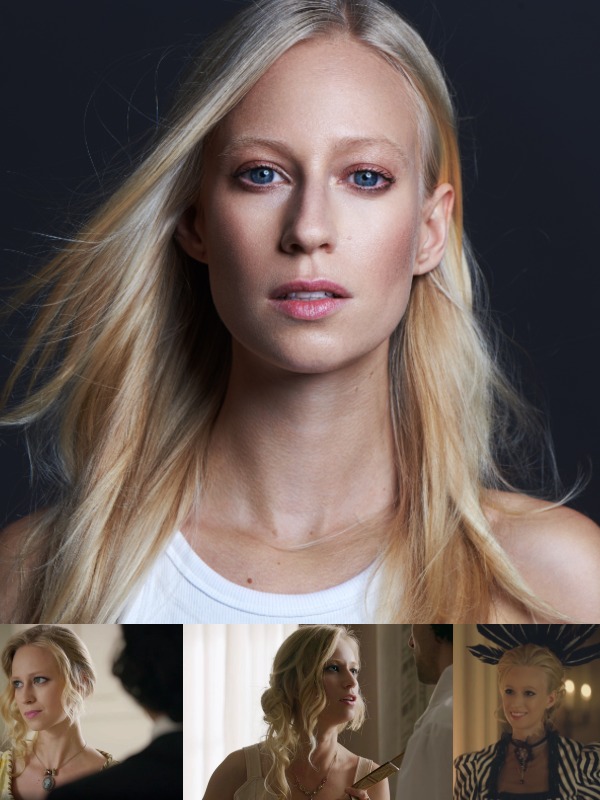 Fruzsina Nagy is an experienced Actress starring in many popular shows and films. She started her career in the arts at a young age becoming a trained dancer at  Hungarian National Ballet Academy and she is a graduate of NYU-Stella Adler Studio Conservatory in New York City. Fruzsina is known for her role as Rokoczay Hilda a series regular on the TV-Series ‘Land of the Brave’ and she currently has some amazing projects in the works including a Netflix Series! Read below our exclusive interview with Actress Fruzsina Nagy:

Fruzsina Nagy – A: I was born in Hungary, close to the Ukrainian border and I grew up in the capital, Budapest. I moved around a lot, lived in Spain, the U.K., Israel, and in the U.S. the longest. I was in New York for six and a half years and recently moved to Amsterdam.

Q: Fruzsina, you are a talented actress starring in numerous productions from films to popular TV Series ! What would you say motivates you and inspires you to be the best at your profession?

Fruzsina Nagy – A: When I was doing theatre in New York something special happened that I will never forget. One night, after the show an audience member came up to me, drenched in tears, hugged me and thanked me for the experience she had. My performance that evening gave her something she needed to help overcome a difficult situation. I am sure that happens to many actors, where they feel they are giving empowerment, or helping someone out, by telling a story of a character. For me, that is a motivating force which will always push me forward.

Fruzsina Nagy – A: On the top of my list is Tilda Swinton. Her performance in the movie Orlando had a huge impact on me when I was a kid. I love her filmography and impeccable sense in choosing her projects. I grew up on Lars von Trier movies and his artistry shaped my taste. The films Dogville and Dancer in the dark, I will carry them with me forever.
The Danish actor, Mads Mikkelson is another hero of mine. He excels in any role but my favorites are his earlier films like Torremolinos 73, Adam’s Apples and The Green Butchers.
Working with any of them would be a dream come true.

Q: As an actress, when it comes you roles you book do you have a favorite genre ( Drama, Comedy ,Action, a little bit of all) ?

Fruzsina Nagy – A: I would say drama is the closest to my heart and I get cast mainly in such roles. I am a very sensitive and empathetic person. So, naturally, I am inclined towards working on strong and emotionally complex characters. An example of this would be my role in “Land of the brave”, where I played Baroness Rokoczay. She was a manipulative and nurturing woman, and was becoming quite insecure as her marriage was falling apart. This character was full of contradictions and imperfections, it was the perfect role for me.

Fruzsina Nagy – A: I love going to art exhibits and galleries and I do it as much as possible. When I lived in New York, I went to the MET every Saturday all by myself. It was like a ritual, a reminder of home. I took up that habit as a child. On the weekends my parents would usually take me to a museum or an art fair, it was one of those activities we did as a family.
The other thing I really enjoy is hiking in nature. We used to have a small holiday house in the woods, close to where I was born. It was hidden, no real road led to it, we had to walk up the mountain to reach it. Actually, the fondest memories from my childhood are the endless hikes I had with my father. As for my secret talent, I think it’s baking. I absolutely love cakes and cookies and baking for my friends and family is so rewarding. It is also a creative outlet and the past year with most of our industry on halt, I had the time to polish up my skills.

Fruzsina Nagy – A: I was recently working on the second season of a well-known Netflix series that is coming out soon and I am really excited about it. I have two indie feature films lined up, both in pre-production phase, hopefully, with the vaccinations underway we will start shooting soon. For now, I am performing in an immersive online drama called The Verdict, which centers around the much-discussed topic of euthanasia. Even though it has been a difficult time, I am doing my best to stay motivated and keep busy.