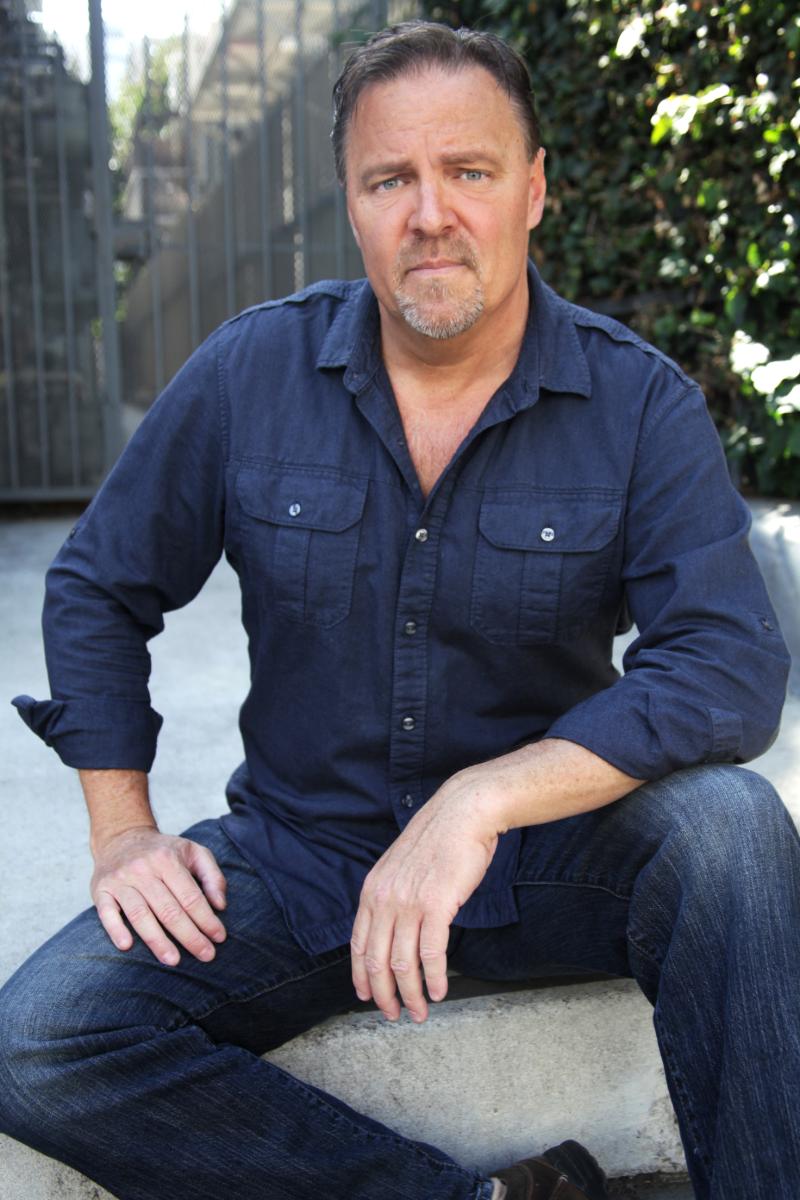 Michael Gier – A: I’m originally from San Diego but I moved to Los Angeles in my 20’s to pursue my entertainment career. I made a living as a singer, dancer, and actor starring in Broadway musicals all over the country; I also spent a year in Japan starring in a show. My base was always Los Angeles. I’d audition for roles, fly out to perform wherever the show was, and then come back to LA until I was hired for my next gig. I was very lucky that I was able to make a living at it for most of my life.

Q: What were some of your favorite roles on stage?

Michael Gier – A: There are so many, but I loved playing Billy in “Anything Goes,” Will Parker in “Oklahoma,” and Joseph in “Joseph and the Amazing Technicolor Dream” to name a few.

Q: You’re also a TV/Film actor, when did you transition into that work?

Michael Gier – A: I was hired to star in a musical in Los Angeles and I did that show for five years. I had never been in LA for such a long period but since I was here I decided to get a TV/Film agent and see what happens. Years later, I’ve done many different TV/Film roles.

Q: What is your favorite type of character to play?

Michael Gier – A: I love playing bad guys and thankfully I get cast to play them quite often. I think I enjoy those roles because in real life that is not me at all and so it’s fun to be someone else.

Q: What are some of the highlights of your career?

Michael Gier – A: Again, there are many career highlights. Tap dancing with Gregory Hines in the movie “Tap” was definitely a highlight.

I was also hired as an actor and principal dancer in FatBoy Slim’s music video “Praise You”, directed by Academy Award Nominated Director Spike Jonze. I was part of the fictional Torrance Community Dancers featured in the music video and the song and video became a huge worldwide success. Because of the video’s popularity I performed “Praise You” with FatBoy Slim live at the MTV Music Awards in New York on 9/9/99, walking away with three of the four awards the video was nominated for.

I spent four years in Branson, MO as a featured soloist at the 2,300 seat Lawrence Welk Champagne Theatre with all of the original Lawrence Welk TV stars, appearing in three nationally aired Lawrence Welk television specials.

While in Branson, I also hosted a TV talk show that aired in three states interviewing celebrities. Some of my favorite interviews were with Debbie Reynolds, Glen Campbell, Roy Clark, Charlie Pride, and Mel Tillis.

One other highlight was singing as a soloist live on the national broadcast of the Jerry Lewis “Stars Across America” MDA telethon.

Q: Congrats on your latest film ‘Lord of the Streets’! Tell us about your character.

Michael Gier – A: I play Warden Gibbs. The film stars rapper/actor Anthony ‘Treach’ Criss and he was great to work with. I did another film that’ll be out later this year on Lifetime called ‘Birthday Boyfriend’ playing a guy name Stewie.

Q: You also own a production company and you’re an award-winning director/producer. Tell us about the projects your company produces.

Michael Gier – A: I started Gier Productions, LLC in 2009 to produce corporate videos and TV commercials. Now we’re a full-service production company with clients all over the world. We also produce feature films and award-winning documentaries.

Q: Yes, and I saw that you released two award-winning documentaries last year.

Michael Gier – A: Wounded Heroes was a three-passion project that we released in March 2021. The film features successful alternative treatments that help anyone battling post-traumatic stress get their lives back. The film is available on Amazon, iTunes, Google Play, VUDU, etc., and it’s also available on Fox Nation, the Fox News streaming platform.

The other film I released last year is also an award-winning film called Healing the Heroes of 9-11 that can be watched at http://22Zero.org

Q: What film projects are you currently working on?

Michael Gier – A: I’m working on two new documentaries and two feature films that are either in production or in development.

Q: What advice do you have for someone who wants to be in the entertainment business?

Michael Gier – A: As an entertainer, I think it’s very important to be versatile. I worked hard to become a professional singer, dancer, actor, on-camera host, and voice over talent. Being versatile gave me more opportunities to get work. Another important thing is to be someone that people want to work with. I’ve worked with a number of people that are talented, but I will never hire them again. Last, don’t sit around and wait for work to come to you. Get out there and let people know you’re there. If you’re not getting hired, then create your own projects.

Q: What are your websites and official social media links so that people can follow you?

Michael Gier – A: My person website is www.MichaelGier.com. My production is www.GierProductions.com.

These are my social media links: