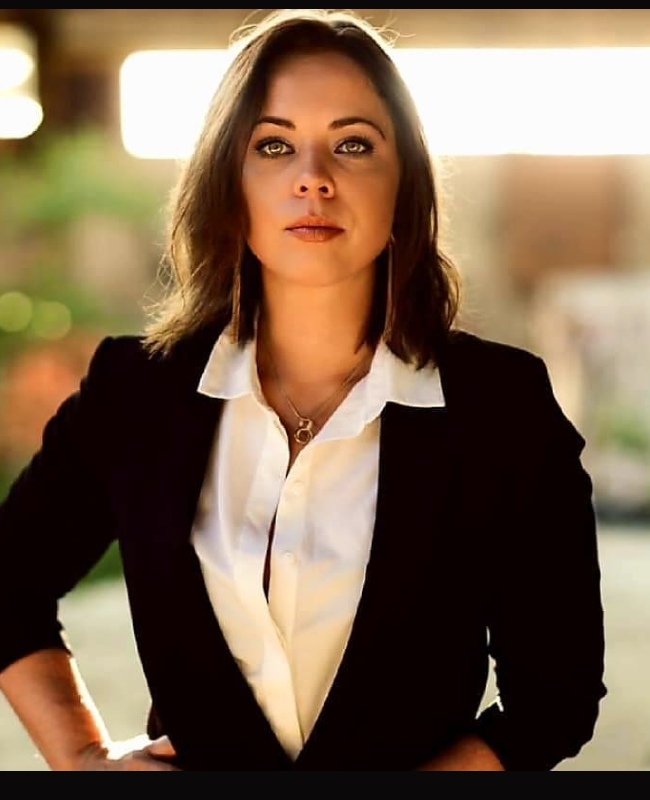 Veronika Esslinger is a young Actress with some amazing new projects in the works from starring on the latest Vice Squad Chicago TV-Series to a new book called “The Script is your Life”. Know more about Veronika and all the latest news by reading our interview below with exclusively with Actress Veronika Esslinger:

Veronika Esslinger – A: I was born in Russia, Novosibirsk. My family emigrated to Germany when I was 5 years old. At the moment I commute between Berlin and Los Angeles.

Q: Veronika you are a talented young actress with a studious film background and you are known for your roles in Love don’t lie, Beacon Hill, Realm of the Waterfall, and the popular TV Show Vice Squad Chicago ‘! What motivates you and inspires you to be the best at your profession and what do you love most about filmmaking?

Veronika Esslinger – A: As long as I can think, I love the film world and the art of being able to really embody characters in front of the camera and grow beyond myself. What motivates and inspires me most in the profession is the way to be someone else. You can let your creativity run wild and it’s fun to show other sides in front of the camera. It’s exciting to slip into characters that are also based on true events as well as a strong challenge. I’m inspired by other actors like Leonardo Dicaprio who really always plays very interesting and multifaceted characters, like in Gilbert Grape or Jim Carroll. As a filmmaker, this is the fascinating thing that you can live out your imagination to the full and there are no limits to creativity.

Q: Do you have a top 3 favorite actors, filmmakers, or directors that you want to work in the business?

Veronika Esslinger – A: So many come to mind, I could list more like 3. My favorite actors are Leonardo DiCaprio, Kristen Stewart,  Robert Pattinson, and Shia LaBeouf. I love the films and works of Quentin Tarantino, Baz Luhrmann, Petty Jenkins, and David Fincher.

Q: You’ve starred in both TV-Series & Feature films with a variety of different genres! As an actress, what would you say is your favorite genre in roles you play( Drama, Comedy, Crime, Action, a little bit of all?

Veronika Esslinger – A: My favorite genre is drama and crime. I love to embody broken and deep characters, it’s a challenge as an actor to embody them. Of course, I also love to play action and comedy rolling, which is a completely different side that you can show again in front of the camera. It would be great to embody a strong woman in an action movie. In the end, I would say, a little bit of everything.

Veronika Esslinger – A:I am a passionate dancer, I love hip hop and Latin American dance, like reggaeton, merengue, and salsa. I love being in the wild, in the forest by the ocean, or hiking in the mountains, which is a good balance to the sometimes stressful big city. I love to paint, photograph, and write. I published my first novel in german and English in 2019.

Veronika Esslinger – A: I am currently working on a horror film and I recently shot a drama in Berlin. I play a secret agent, who also appears in the second part, which is expected to be filmed in Cannes in August.

Veronika Esslinger – A: I am currently working on a horror film and I recently shot a drama in Berlin. I play a secret agent, who also appears in the second part, which is expected to be filmed in Cannes in August.

Veronika Esslinger – A:I recently started a YouTube channel with a few short sequences from my past projects. In addition to expanding my followings on my Facebook and Instagram, I would be happy to have an expanded readership worldwide to increase my book sales and adapt into a feature film one day: