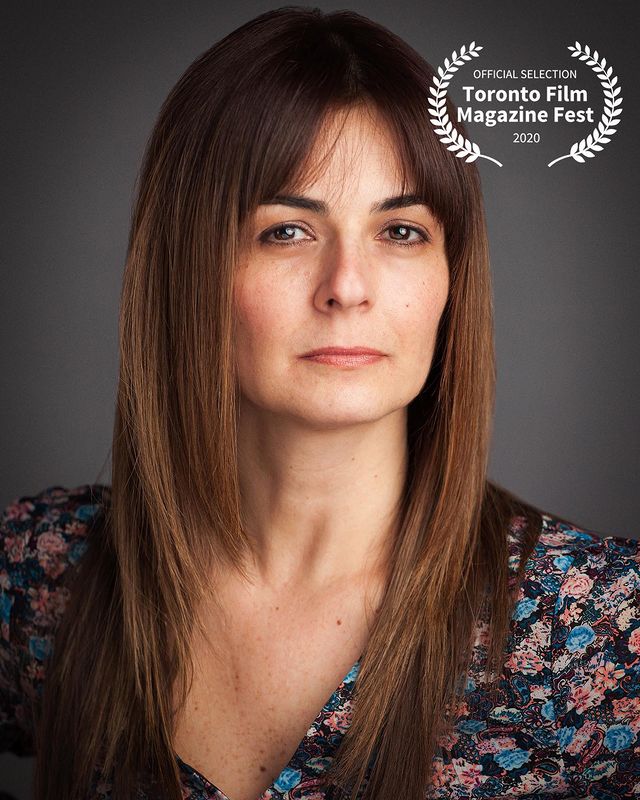 Larry J. Barry is an American-Lebanese actress, writer and director with some amazing projects including ‘The Phone Call’ a new production of a short film currently being recognized and circulating through festivals circuits worldwide. Read our exclusive interview below with Actress Lara J. Barry:

Lara J. Barry – A: I was born in Beirut, Lebanon and grew up between Beirut, Cairo and Dubai.  I moved to the US in my late teens and have since lived in five states.  I am now based in the NY metro area.  So you can say I am from everywhere, a universal soul.

Q:   Lara, you are an actress primarily known for your roles in  The Phone Call(2020), Gerdáqand Help from Above(2019), you are also the writer and director of the film ‘The Phone Call’. What do you love most about acting (auditions, preparation, performing, final premier, all of it) and what would you say really motivates you and inspires you to be the best at your profession?

Lara J. Barry – A: I love all aspects of acting.  Auditions are a world of their own, a good exercise in making choices and changing those choices on a whim when you are directed to do so.  But I like auditioning because the energy keeps you on your toes.  I love preparing in the sense of dissecting the scenes and character.

I come from a scientific background, so that works well for me.  I also love identifying the subtext… the mystery, the real essence of the story.  I like to read between the lines.  My favorite, though, is performing and the interaction with the other characters and director.

That’s when the magic happens, when your mind conveys the when, where, who, and why.  That’s the actor’s opportunity to tell the story and capture the audience. I also love attending film festivals.  It’s such a great opportunity to meet people and network.   What motivates me is learning from my mistakes and striving to do better.  What inspires me are the family of artists and performers around me who provide continuous support and help pave the way for other artists.

Q: Do you have a top fav 3 selection of people in the industry (filmmakers, producers, directors, actors ) you admire and that you want to work with in the future ?

Lara J. Barry – A:It’s tough to choose as there are many people I admire.  Lebanese director Nadine Labaki is one and would love to work with her.  She tells raw and human stories that just reach the core and uses her art and storytelling to create change.  I believe she did so in her Academy nominated film “Capernaum.”  I would love to work with Jim Carrey, simply for his pure genius and because probably I wouldn’t stop laughing in his company.  Ramy Youssef is another actor/writer I would love to work with.  His show “Ramy” is very smart and funny and is playing a role in changing the MENA narrative in our industry.

Q: You have some great drama performances! What kind of roles do you usually go for and do you most want to expand upon( drama, comedy, crime, a little bit of all)?

Lara J. Barry – A:Well, I usually like to go for the warrior, advocate, bad ass, double agent, hero like roles, but I seem to get the victim, struggling, unhappy wife/mother roles.  But most warriors and bad asses rise from struggling and daunting experiences.  So I feel I am well on my way to reaching my dream roles!!

Lara J. Barry – A: My short short film “The Phone Call” is still in the festival circuit worldwide.  Some recognitions the film has received have been, an honorable mention, semi-finalist and a best actress nomination.  I never expected it to go this far so I am very grateful.  I’ll be wrapping up a principal role in a feature film early next year and will start shooting a short film in late January. I am also working on a Covid-19 inspired documentary project that I created and in the process of writing a short script.

Q:  Can you share with us something we may not know about you? Do you have any hobbies, passions or other secret talents you have and or like to do in your spare time ?

Lara J. Barry – A: I am fluent in Arabic and am a Physical Therapist.  I can do a sit spin on the ice (and I don’t mean on my bottom) and have both deadly ping pong backhand serves and killer forward slams.  So it’s best not to challenge me, lol!  I’m also an ‘ok’ pool player… at least that’s what I would lead you to believe… at first.  One thing that I didn’t know about myself is since I’ve started acting, I realized that I’ve been writing stories my whole life.  They’ve just always been in my head.  It is only just recently that I’ve had the courage to tell them.