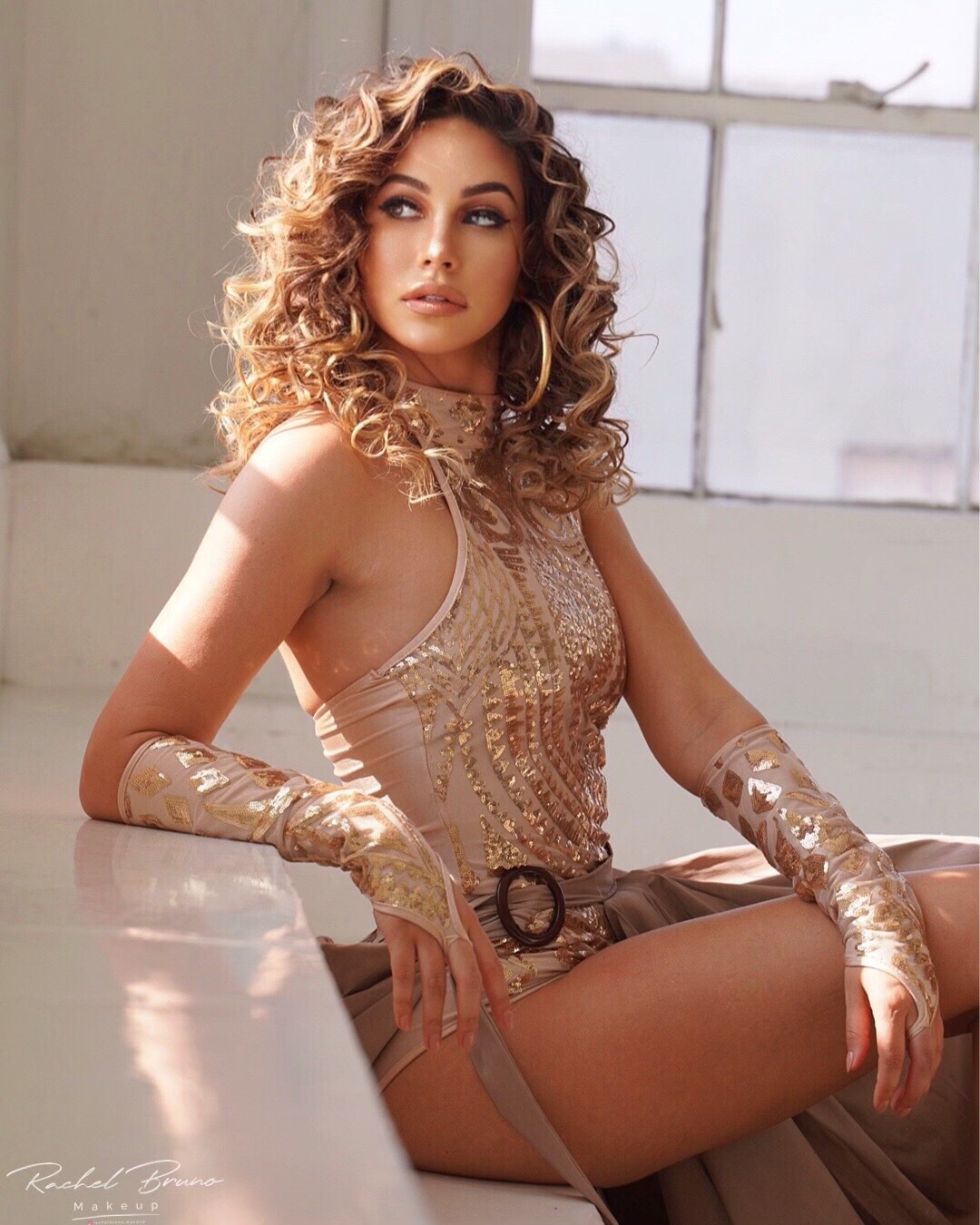 Emily Trosclair is a multi-talented and award-winning Actress, Producer, Model, Singer, Casting Director and Writer. Emily has achieved many great successes in the entertainment industry, including winning 4 awards, holding Ms. California title and she is continuing to rise even higher in the industry with producing and starring in quality films. Read below our exclusive interview with Emily Trosclair:

Emily Trosclair – A: I grew up mostly in Lafayette, Louisiana, also living in Opelousas, Louisiana in my youngest youth, and New Orleans, Louisiana in my late teen and college years. After a brief stint at LSU for general studies, I thought I’d go into law like my grandfather and that, along with a relationship, had me move to Miami, Florida. Once there, the relationship ended and I wasn’t sure that I wanted to be committed to college or living there for several years. My friends and people closest to me in the industry convinced me that I really should be using my talents in the arts. This was foreign to me growing up in a small town where that was just my passion and hobby, not a career choice. After some time engaging with my creative peers and meetings that led me to Los Angeles, I decided to make the move to Hollywood.

Q: Emily you are a multi-dimensional actress and film producer known for starring & producing quality films such as “Railway Spine’, ‘All About the Money’, ‘Battle Scars’, and ‘ Of Nature’ ! What motivates you and inspires you to be the best at your profession in acting and producing?

Emily Trosclair – A:   For me, most of the work I’ve done has been behind the scenes in producing and other departments. When I first came to LA, I had other offers, but the biggest one at the time was what changed my trajectory from in front of the camera to behind it. Unfortunately, I had a “Harvey Weinstein” type situation with the head of a major agency. I was completely naive and clueless to any sort of deception at the time. When that encounter took place, I decided I was going to do things on my own and learn all the ins and outs of film to gain respect, because unfortunately for women (especially in this industry), it is not just given, nor easily earned. You can also get boxed in quickly to being sexualized and objectified when it comes to roles. I started working with ambitious film students, first time filmmakers, and creative freelancers which made me realize how much I loved that aspiring energy. That became my lane and I learned a lot. For acting, I pretty much did it when necessary for the films I was helping out. I took a lot of loose gigs for fun and inspiration like modeling, etc through the same network of industry professionals and friends who convinced me to move to LA. I had planned to seriously go into acting right when the pandemic happened, but the universe had other plans. After about a 2 year hiatus, I just picked up a production job that I’m pretty excited about and am considering a role I was recently presented in acting as well.

Q:  As an actress, What would you say is your fav genre in roles you play or would like to play (Drama, Comedy, Action, Thriller, a little bit of all)?

Emily Trosclair – A: I love all genres of film, but when acting, I have to embody that energy and for me it’s important that I protect my own energy. For this reason, I’m pretty predictable in that I won’t really go “dark” per se. I love ‘LOVE’! I also love laughter and action with a bit of drama, so I think for me, romantic comedies, action, and comedy in general are all a great fit and resonate well with me. I have a teenage son as well, and  it’s important to me that he’s able to see and be proud of my work.

Emily Trosclair – A: I think most people know that I sing, dance, and write. People closest to me know how much I love nature, esoteric studies, astrology, philosophy, tarot, energy work, and the practice of magic. What I think may not be known, because it’s so recent, is that when the pandemic hit I felt this overwhelming push to go into the arts of healing. During the pandemic, I got my masters in reiki and certifications in breath-work, guided meditation, yoga and other healing practices, all while still keeping film close to my heart and attending NYU virtually for film and television. I think now that the pandemic has gotten to a place of returning to some sort of new sense of  normalcy, that I have felt my appetite for film come back pretty strongly. I’m working on finding a way to merge the two worlds together.

Emily Trosclair – A: I’m currently working as a co-producer on a feature called Lanier, based out of Georgia. The other producers are really wonderful and a joy to work with. They’re ambitious and have done a great job on the project. I’m very passionate about it because it brings more awareness to racism and is inspired by true events. It’s gained a lot of traction already and I think it’s going to do really well. I’ve also been approached by an extremely talented director Álvaro Congosto, to possibly take on a lead role in his upcoming feature “The Taste of Chlorine”, based on a novel by Bastien Vivès about a love triangle between three struggling dreamers in New York City: a lonely overworked busboy, a volcanic aspiring actress and an obsessive swimmer athlete. Martin Rosete, who’s a phenomenal director and done such movies as “money” & “remember me”, was gracious enough to recommend me to Álvaro. I’m really hoping  that scheduling and  everything works out so that I’m able to be a part of it, because they’re both super talented and would be an honor to work with.

Emily Trosclair – A: I’m pretty much social media free. I was convinced by a girlfriend a few years back to join Instagram, which I did and  played with it for a bit, but haven’t visited it since 2021. It is still there and I may jump on it randomly. The tag is @emily.trosclair88 and of course I have LinkedIn, IMDb, and I’ve seen some old pages from modeling that are still up. Besides that, I don’t do Twitter or tik tok so I guess I’m an old millennial.