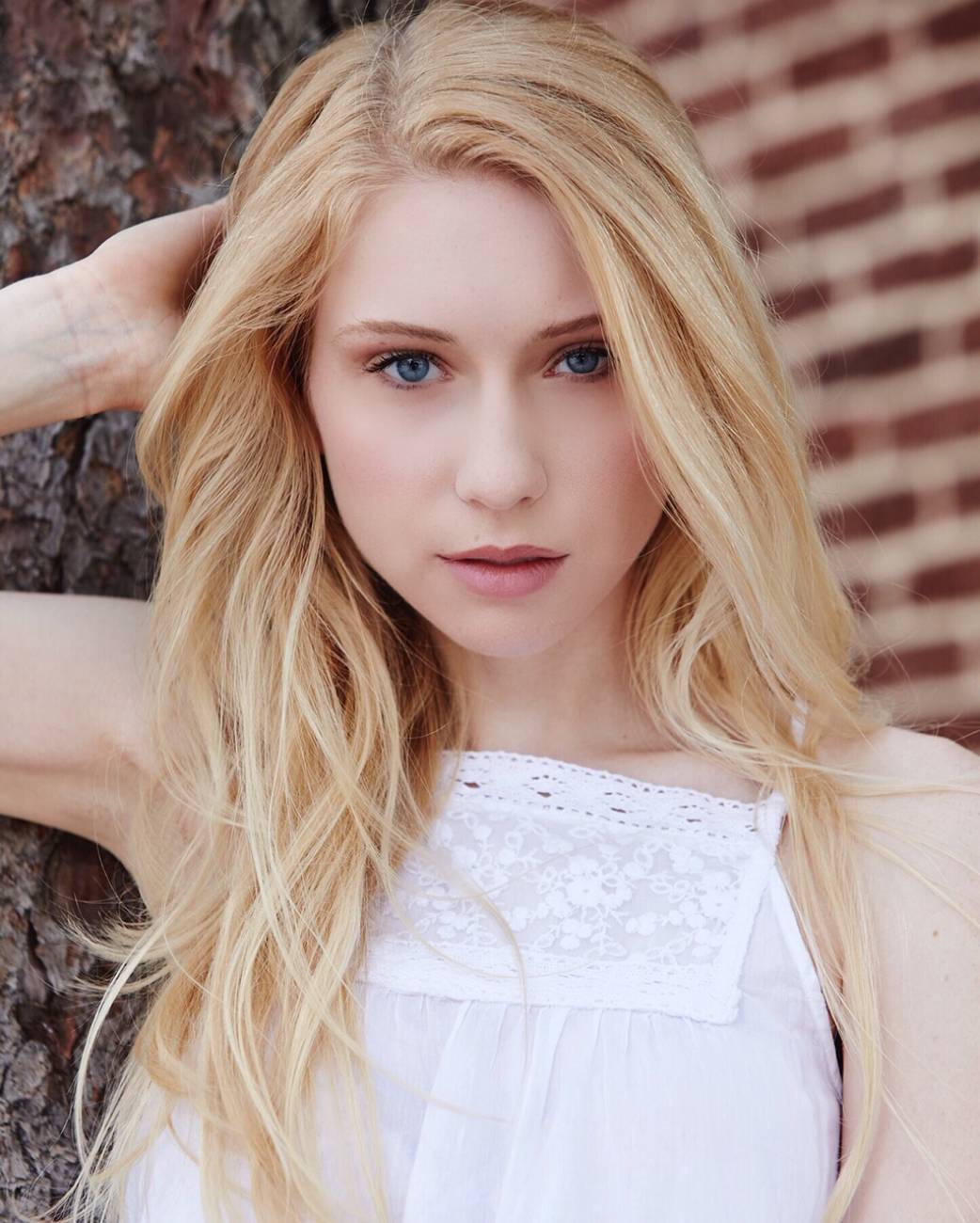 Julie Krawchuk is an Actress and new rising star in the entertainment industry. Julie has starred in a few different productions and is ready to take the film industry by storm! Read below our exclusive interview with Actress & Model Julie Krawchuk:

Julie Krawchuk – A: I grew up in Bethlehem, Pennsylvania and since moving to LA I now live in Burbank. I did a ton of research before moving and settled in Burbank. It’s such a nice area and reminds me a little of home.

Q: Julie, you are a professional actress with an amazing look to fit in a variety of roles! How did you get started in the entertainment industry?

Julie Krawchuk – A:Thank you so much! Actually, I kind of just stumbled upon acting by chance. From a very young age, I always wanted to model. I’m only 5’1” and tiny so I knew it was a long shot but that didn’t stop me. I used to spend hours setting up little homemade photoshoots in my room where I would do my makeup and look through my closet for the perfect outfits. I would even set up little shoots in dressing rooms at the mall and try on dresses. (Yes I’m aware I’m a little crazy, my mom would always yell at me for my photoshoots!) I’ve always been a really independent person, a “loner” if you will, and doing activities like this made me the happiest.

After years of this I decided to reach out to local modeling agencies to see if I could make my dreams into a reality. I had a meeting with a director of a local agency and because of my height she told me I would have to rely on my acting. She gave me a cold read from a detective show and it just felt so great diving into the scene and developing a character. I had taken one acting class at that point so it was still new to me but it was something I really took a liking to. After that I did a portfolio photoshoot with that agency and began an acting class. I loved every second of it. For the next couple years I took some classes here and there, wherever I could find one but I wasn’t exactly getting anywhere.

A few years ago I was working at a job cleaning stalls in a horse barn. I’ve been riding horses since I was 7 so that was pretty much my main job over the years at different locations. One day I got stepped on by a horse with a very large hoof and completely broke the bone in my foot. I continued to walk around on it for about a month before learning I would need surgery to fix it (which I’m sure did not help my situation). After the surgery I had 6 screws and a plate in my left foot and a lot of free time. During that time I realized without my job and the horses, I had nothing in my life. While recovering, I was attending a family party when I started talking about my dreams in the entertainment industry with my relatives because they asked me how everything was going. They had absolutely no faith in me and I was crushed. I wound up having a nervous breakdown and sobbing on the floor of a bathroom stall for about 2 hours.

That awful experience was the kick in the ass I needed to finally get my life going in the right direction. I wasn’t going to let anyone stop me. A few months later, after my foot was healed, my mom and I visited LA, found my apartment, and shortly after that I started my new life.

Julie Krawchuk – A:Hmm that’s tough. I’d have to say Steven Spielberg, who is just a pure genius at his craft, Clint Eastwood, who can do pretty much every job in the industry amazingly, and I’ve also always been a huge fan of Emma Watson. She’s so driven and outspoken and such an overachiever. She gives her all in every single performance as well as every aspect of her life and it’s so inspiring to watch. I don’t think I want to be just like her or anyone else though. I want to be my own unique actress and carve my own path in this industry.

Q: As an actress what would you say is your fav genre in roles you play (Drama, Comedy, Crime, Action, a little bit of all)?

Julie Krawchuck – A: No contest, definitely drama. I feel like there’s so much more depth to drama and it’s something I can relate to. Growing up I went through a lot of dark times. For most of my life, I’ve dealt with depression and a few other disorders because of that. Due to my problems, I have very bad memories from a lot of bad places. I still deal with depression to this day, but I do feel like in some way it helps me in life. When life sucks or something bad happens I honestly can’t help but feel a little grateful. Of course it’s awful in the moment, but I know something good will come of it. My struggles also taught me to not give a f*ck about what anyone thinks. All that matters is what I think of myself and my happiness. When working on a scene or just seeing a breakdown that resonates with me, it makes the role so much more meaningful. I prefer darker roles because I can take something from my past and use it in the present. I know I may not look like any of this from my appearance, but that’s exactly what I’m going for. Totally normal looking on the outside with a surprising dark side.

Julie Krawchuk – A:As I said above, I’ve been riding and working with horses since I was 7 years old. I pretty much lived at the barn when I was growing up until I moved to LA. I always wanted my own horse but my parents always told me they were way too expensive. I didn’t quite understand then but they were right to make me wait. It wasn’t until I was

18 when I finally got my own horse. A little thoroughbred mare named Willow. I worked at the barn where she was boarded to help cover the costs. Wherever I boarded I always did stalls and other work around the barn to help me out financially. When I made my decision to move I decided Willow was coming too. She came across the country with me and I had her for about two years here before making the difficult decision recently to sell her. It was best for both of us. I didn’t have the time and energy for her anymore and she needed a lot more attention and riding than I was able to give her. She found the nicest, most loving family who gives her constant love, attention, and riding. I honestly can’t thank them enough for taking her. I know she’s always in good hands. I’m still going to take lessons so I can keep doing what I love and still be around those amazing creatures.

Julie Krawchuk – A: I’m not going to lie, it’s been a little slow for me lately. Partly due to the pandemic and partly due to other factors in my life. I’ve been working on a few things here and there, but I think things are looking up. I recently signed with new representation, updated my materials, and quit a job that wasn’t fulfilling me anymore. Without that job and not having to worry about giving my horse enough attention, for the first time in my life I can focus on myself and my future. I was a little lost at first, but now I feel so free. I have time to take care of myself, do what I came here to do, and explore the amazing city of LA!

Julie Krawchuk – A: I’m not much of a social media fan but you can find me on Instagram and view my profile on Actors Access: