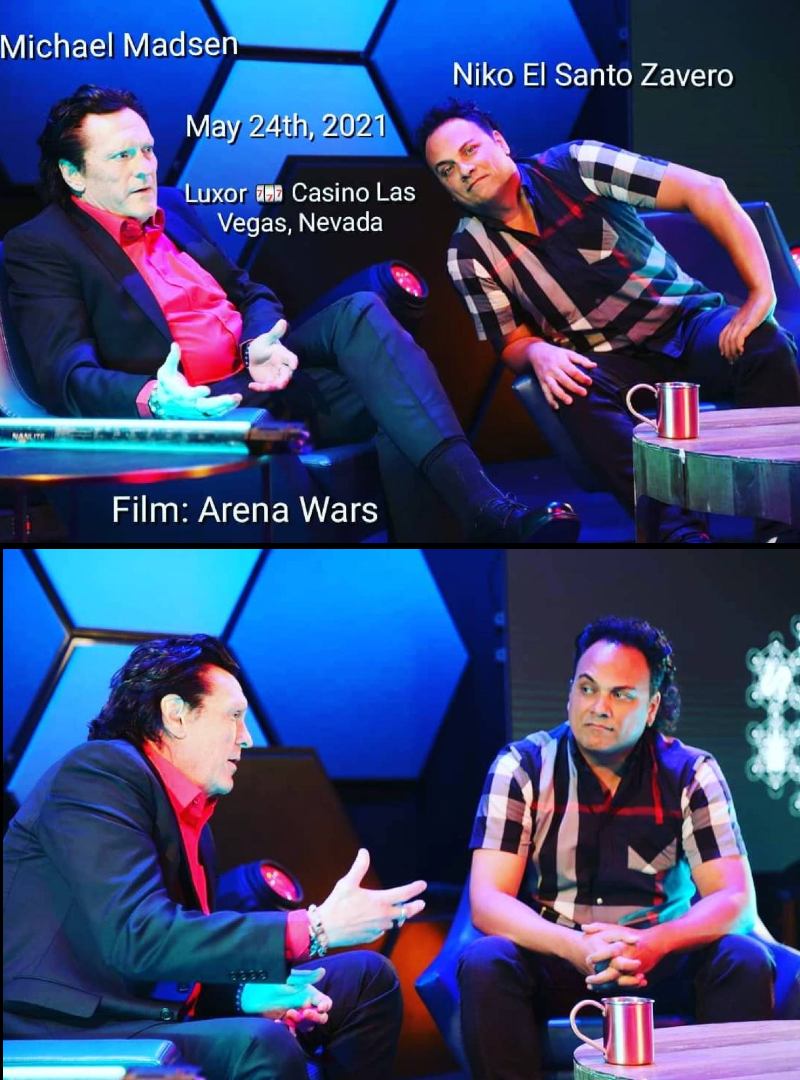 Q:  What motivates you and inspires you to be the best at your profession as an actor and do you have a top 3 favorite actors, filmmakers or directors that you want to work with in the business?

Niko El Santo Zavero – A: What motivates and inspires me is my father! He survived WWII when the German SS units broke into his home and beat his mother and grandmother, during the war he lost his father and was an orphan. Stories like that give me hope to keep going, to never give up! Directors/film makers I’d like to work with, Martin Scorsese, David Gordon Green, Quentin Tarantino, Steven Spielberg, The Russo brothers, & Peter Jackson.

Q: What would you say is your fav genre in roles to play( Drama, Comedy,Action, a little bit of all)  ?

Niko El Santo Zavero – A: A little bit of all!

Niko El Santo Zavero – A:I love life, I value and believe all people are beautiful. At times I could be boring but on a side note, I’m one cool dude! My hobbies on my free time, I create coin operated diorama theater (scenes) shows that involve animatronics. Roughly the size of your microwave in width, length, and height.