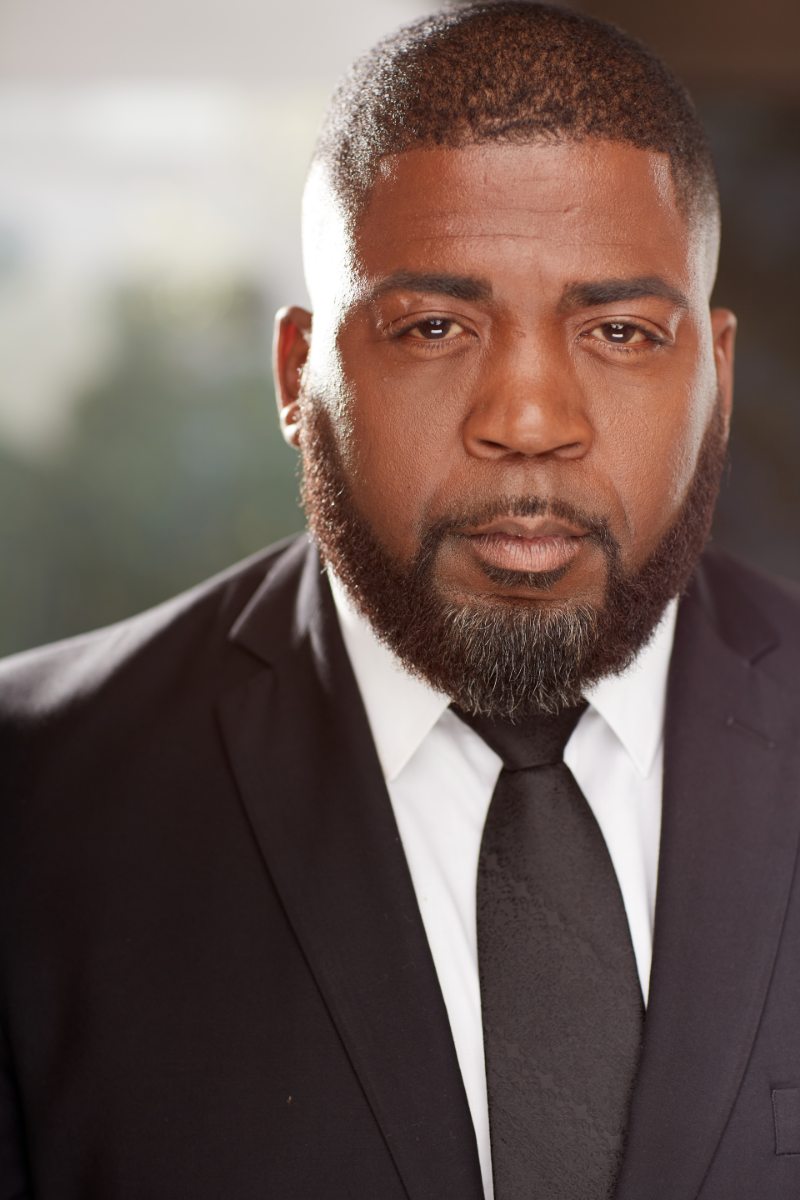 Robert Deon is an American actor, producer and retired army veteran who served 24 honorable years! Robert Deon is also the CEO of Bigg Sarge Entertainment Studios Inc., a film production studio that is producing quality films. Robert has some great projects in the works that are officially confirmed! Read below our exclusive Q & A with Actor and Producer – Robert Deon:

Robert Deon – A: I was born and raised in a beautiful small town in Tennessee that we like to call “SIMPLE CITY” Henderson, TN, not too far from Memphis, Tennessee. But my Love for Tampa Bay, Florida is DEEP!

Q: Robert, what motivates you and inspires you to be the best at your profession in acting and do you have a  top three favorite actors, filmmakers, or directors that you want to work with in the business?

Robert Deon – A: My passion for acting comes from my passion to lean on my Blessing of inspiring others. I  have always known that one day I will have the platform to spread my God given talent and bless those around me. Growing up in the military helped tremendously, but I come from an incredibly talented and well-rounded family. My amazing father, Robert N. Jones, is a U.S.  Marine and Minister of Christ. My gorgeous mother, Thelma Jones, one of the Top Executives  at ABC and both of my brothers (LEOS like me), Dr. Michael Jones, in his respected profession,  is one of the Top Counselors in the United States, and my youngest brother, Jeremy Jones, is a  U.S. Marine and a Top Government Service businessperson, in this country. We were raised  with the right mindset of winning and determination, plus the humbleness to know that GOD  makes all of this happen along with our arduous work. NO matter what obstacles that are  placed in front of us. Phil 4:13 “I can do ALL things in CHRIST who strengthens me!”

Q: What would you say is your fav genre in roles you play (Drama, Comedy, Action, Thriller, a little bit of all)?

Robert Deon – A: I love all genre, but I am addicted to Action and Thrillers. Like the old Kung Fu/Wing Chun martial  arts flicks. There is always room for Comedy.

Q: Can you share with us something people may not know about you? Any hobbies or other secret talents you  have and or like to do in your spare time?

Robert Deon – A: My given name is Robert D. Jones. My nickname is BIGG SARGE! I am a retired US Army War  Veteran who served 24 Honorable years. I served in the Iraqi War and other war operations that I cannot name. I am 100% disabled from war PTSD and that has not stopped my drive for greatness. I have a strong love for my Queen Liana Serio, CEO of Liana Treat and Berry, also my family, and those I consider family, business partners, and friends.

I want to  continue to be a blessing to others. I am the CEO of Bigg Sarge Entertainment Studios Inc. here in Los Angeles. We are in the process of expanding to 10 large sound stages to grow our film empire ecosystem. Our goal is to bring opportunities to the disenfranchised and underserved communities through our work in the film industry. Our time is now, and we are ready to show what we are made of.  Over 90% of my crew are military veterans, or they are family to someone who served this great country. Finally, a fun fact. I won a 2023 Land Rover Discovery on the famous game show called LET’S  MAKE A DEAL with Wayne Brady. THAT WAS FUN! Season 14 Episode 3.

Robert Deon – A:I closed out a couple of amazing projects. My company produced both, and I starred in one… the first project is a multi- award-winning film called “NO PROMISES”. It is a dramedy about torn relationships. I am also producing and starring in  “CALL CENTER FROM HELL”, a Horror flick where I played one of the lead roles as a Power-Hungry Demon who possess the souls of those who have given up on their life endeavors. I am currently producing and starring in another SCI-FI/Horror film called DOWN FOR THE COUNT! It is a story about  a young man journey of surviving in a vampire-dominated world. My character name is SARGE!

Robert Deon – A: There are several ways to follow my journey.