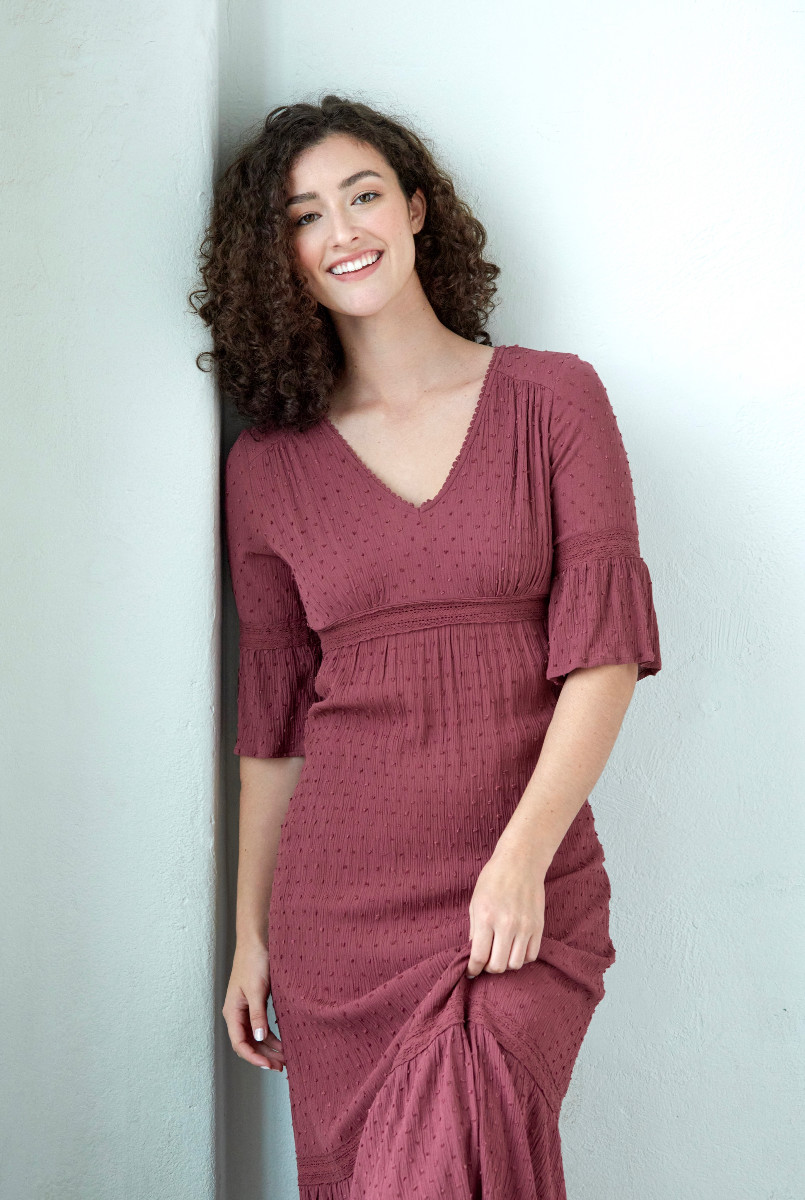 Felicia Reuter is an actress who recently graduated with her BFA in Acting from Boston University. She can be seen in upcoming indies like Cha Cha Real Smooth (Sundance, 2022), Basic Psych (2023), and Unsinkable, an investigation about the sinking of The Titanic. Felicia loves the stage as well as being in front of the camera, and has practiced her craft at The Shakespeare Theatre of New Jersey and in various roles at Boston University, such as Portia in The Merchant of Venice and W from Lungs by Duncan MacMillan. Felicia is also a vocalist, and most of all loves to sing jazz music while wearing a long sparkly dress. Fleetwood Mac too, if time allows. Working as a print model is another happy place of Felicia’s because she is interested in exploring how movement can be captured in a still image. Felicia is all about leading with love in everything she does. Read our exclusive interview below with actress Felicia Reuter

Felicia Reuter – A: Originally from Pittsburgh, PA and that’s where I am now with my family for the holidays.

Q: What motivates you and inspires you to be the best at your profession? As an actress and do you have a top 3 favorite actors, filmmakers or directors that you want to work with in the business?

Felicia Reuter – A: My grandmother, Nana, is the person who taught me how to love. And I feel inspired to bring that same kindness and consideration into my work when I collaborate. When art and love start to feed one another…really, that’s the feeling I chase and that’s when I’m at my best. The actresses I look up to most are Jessica Chastain and Carey Mulligan. Heartfelt, smart, personal performances. Always.

Felicia Reuter – A: I’m really drawn to dramas about head-and-heart strong characters like MAID or Mary Queen of Scots, and even work that’s a bit dark and psychological too. I’m also a sucker for Jenny Slate stand-up or Elle Fanning in The Great. Laughter is medicine, and humor lives in drama too.

Felicia Reuter – A: If you asked me to go hit some tennis balls right now, I’d drop everything. Growing up, I was an athlete and played tennis competitively. I still love to play for fun or to get a good workout, and I actually see tennis and acting as very similar things. I think some of the same mental and emotional skills are needed and there’s a lovely community aspect too, so it’s no wonder I’m drawn to both.

Felicia Reuter – A: Follow along at feliciareuter.com & felicia.reuter on IG.