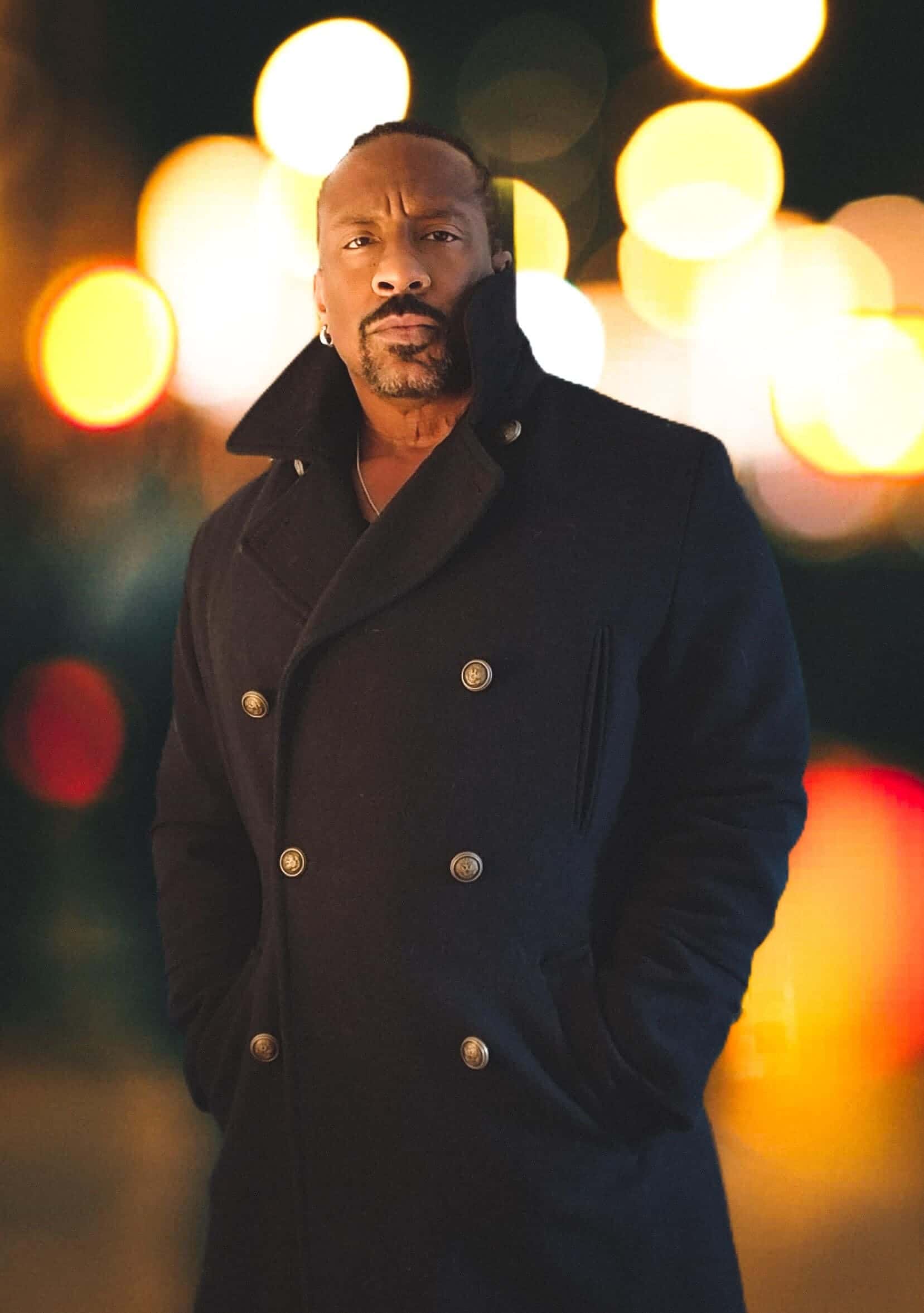 Derek Talib is a professional american director, screenwriter, and owner of i71Movies along with Jose W.Byers, Allan Talib, Rebekah Hart Franklin. Derek is making some amazing films that will grab your attention ! Read our exclusive interview below with the creatively talented Derek Talib:

D.T – A: I was born in Washington D.C. to a military family and moved to my home state Ohio, where I am a proud Buckeye.  I was very sick as a child and could not go outside so my mother taught me how to draw so I could entertain myself while other kids were outside playing. I would read comic books and try to draw them. I wanted to become a comic book artist. My brother and cousin got me out of the house and into sports and slowly I got stronger and became an athlete, but still loved art and took it up as a major in college. While in college I fell in love with acting, writing, and directing. While at Ohio University I came up with my first script idea, which would turn into my current television series I am writing, St. Gabriel. I like to research anything I write and want to depend upon the interpersonal relationships of the characters.  I have a strong belief in God so even in my horror films I have some tales of redemption or human element that people can relate too. All my characters have a deep rich backstory which I find help my talent or actors bring them to life easier. I still love comic books and graphic novels and have an appreciation for all things creative. I think this has shaped what I create.

Q: Derek, you are a screenwriter, director and owner of i71Movies. What do you love most about making films and what is your film genre you primarily lean towards( action, comedy, drama, a little bit of all)?

D.T – A: I once got to attend a Prince sound check before his concert. We all got to talk to him about his music and influences. One thing he said to the small gathering  that stuck with me originated from a question he was asked by a young budding guitarist in attendance. He was asked simply, “What new music do you listen to?” Prince smiled as he played with the strings on his guitar and looked up and said, “If I want to hear new music I make it” That is how I feel with film and what I love about making films. If I want to see something in a film I can write it in and create my own worlds. I think about what I want to see in a film or in a character and make them come to life.

I have written drama, comedy, horror, suspense, and finishing a holiday film as well as a faith based film. What I love is the creation of the story, the personal relationships between characters and having a deep appreciation for my artists (actors) I work with that bring what I write to life. I am right now finishing a few episodes of the first season of St.Gabriel, and putting a final re-write to A Wicked Breed.

Q: What is it like working with producers and executive producers and the actors? Do you have any memorable moments you can share?

D.T – A: I find that you have to stick with YOUR vision and not someone else’s if you are the writer. If you are directing someone else’s vision you MUST understand what voice they want heard. You want to assure that you are representing them and their ideas well. When it comes to my own projects I have learned to cut out the outside noise and listen to myself. In the end if you are directing or writing something your name is the one going on there. So if it bombs let it bomb because your vision did not work not because someone else imposed their vision into your work.  When you work with producers and executive producers before you get into development of the project you need to make sure you share or can bring to life their vision.  I do a lot of indie work so in working with artists they really care about what they put out and want to get it right. The most memorable moment is when I was directing my first feature film “Dark Iris”.

We shot it with a skeleton crew and there were days I was up 48 hours. My team and partners were worried as we shot the film in 12 days. I remember sitting on a loveseat at the after party and looking around the room of everyone that put their heart and time into the project and feeling a sense of family and relief. I thought “We did it”.  What was even more astonishing to me is that I wrote Dark Iris as a short, won an award for it, turned it into a feature film and got distribution for it in only one year. I am trying to get my hometown of Columbus Ohio to invest and bring this multi-billion dollar industry to Ohio. My company has a great relationship with the Greater Columbus Arts Council and John Daugherty the director of the Columbus Film Commission. The Greater Columbus Arts Council has given us grant monies to assist in completing our current project St.Gabriel and the Columbus Film Commission has been interquel in what we have done for several years.

Q: Every actor, director, producer, has someone that has inspired them in the business. Can you name 3 people in the industry that have inspired you and that you would want to collaborate with on a film in the future ?

D.T – A: Antione Fuqua is an inspiration from a sense that the brother has a style of films that I love and I appreciate that his films are gritty and hard hitting, but have an intelligence in how they are presented.  I also can tell the brotha hits the gym like I do, so there is that too. Quentin Tarintino is one of my favorite directors because his films have such awesome dialogue, and he knows how to build the relationships between the characters. He knows how to get his actors to perform is such a way that you feel you are not watching a film but are a fly on the wall watching real events. He is not afraid to do whatever he wants in a story i.e. killing Hitler and saving Sharon Tate. Dude is a straight up baller. I would say as far as inspiration I would say it is a tie between Patty Jenkins who did Wonder woman and was like “eat this” Women can do big budgeted superhero movies and Ryan Coogler who made Black Panther so remarkable. I would collaborate with any of them and as far as acting goes Leonardo DiCaprio and Sammuel L. Jackson. There are a host of strong female actresses that I find amazing. I LOVE to put strong women characters in my work. In Dark Iris there was a role written for a male lead that I cast a female in because…why not?

D.T – A: I am currently working on finishing writing the last two episodes of my series St.Gabriel and getting ready for pre production on my horror film a Wicked Breed.

I am editing the pilot episode of St.Gabriel now which is the story of two detectives that get caught in between the mafia and the occult.

We are about to go into pre production mode for A Wicked Breed which is a badass horror film that combines the three elements of slasher, demon, and action.  We are still talking to Executive producers to determine the final budget for it. I wrote a television series I am shopping right now called Federal Court and finishing my holiday story. I am always busy, but luckily, I have my team to help me. We are a small company but between my production assistant Mary, My makeup artist Sophia and the business development team in Allan and Ray we cover a lot of ground. There are four owners (Jose W.Byers, Allan Talib, Rebekah Hart Franklin and myself) and we work on projects for i71movies and our individual projects too so we are never not busy. We love to create all types of content and love the diversity in our company and the diversity we want to bring to the screen.

D.T – A: Well in my spare time of which I have very little I workout with my best friend and co-owner of i71movies Jose W. Byers or my wife Stephanie. We started this company after we both found out we shared an interest in acting and creating. Jose and I are trying to bring Hollywood to the Midwest which does not leave a lot of time for much else. If we are not working on projects or working our 9-5 jobs we are in meetings with our team or other projects we are asked to consult on.

D.T -A: We have a lot of social media and are always communicating with those that follow us or new talent that wants to work with us. We want to grow our network and build our electronic footprint.