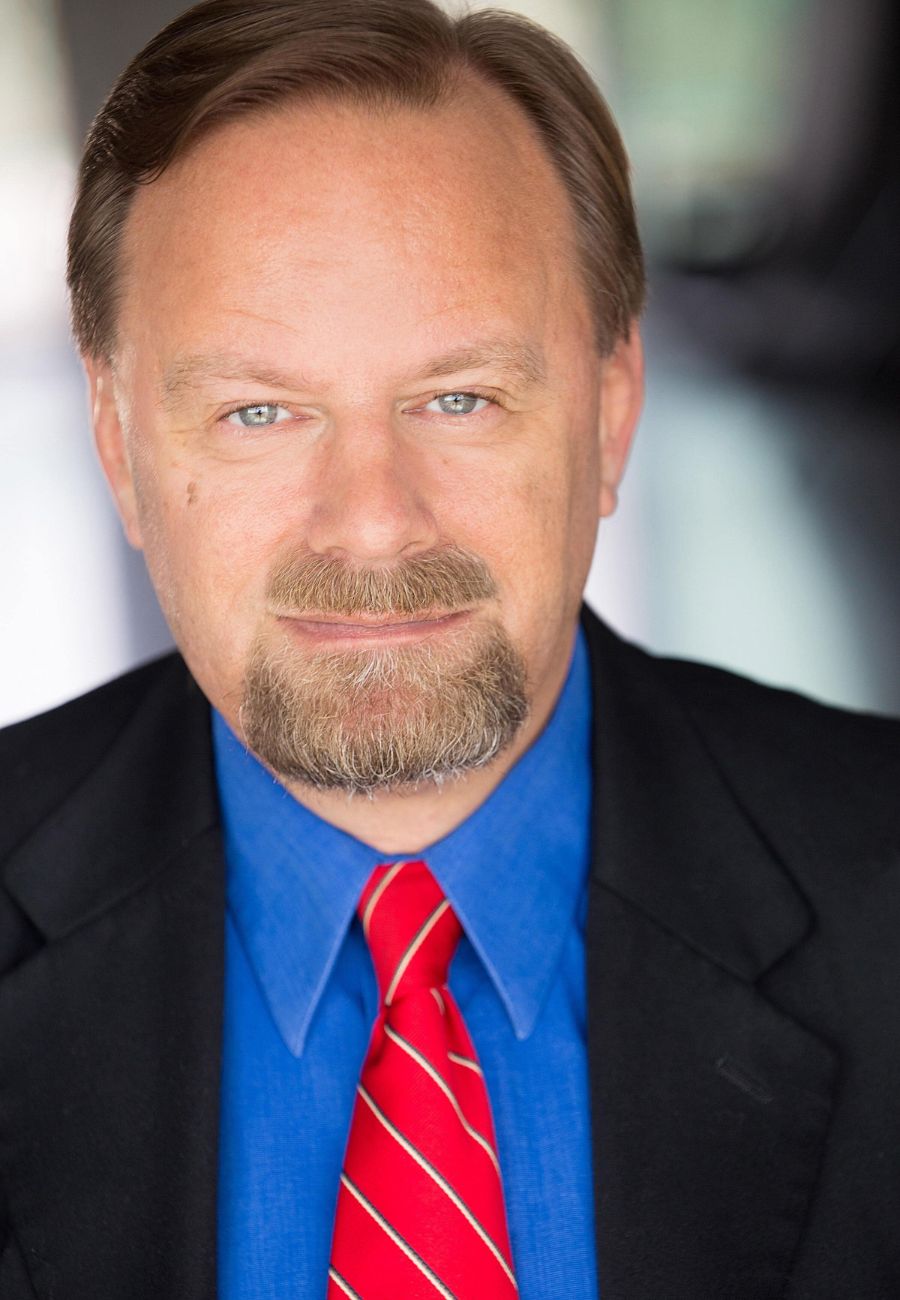 Meet award winning american actor Dave McClain! Dave has booked over 90 screen acting projects in the past 4 years and has mastered both drama and comedy. Read our exclusive interview with actor Dave McClain below:

D.M – A: Like Johnny Cash sang, “I’ve been everywhere, man.“ I was born and raised in the suburbs of Cleveland, Ohio; I went to college at Edinboro University, south of Erie, PA (where I graduated Magna Cum Laude); I taught high school history in Chesapeake, Virginia; then I joined the Army and was stationed in Louisiana, Italy, Georgia, the Pentagon, Kentucky, Maryland, and Texas, in addition to deploying to Iraq, Jordan, and Haiti. In late 2015, I “retired” to the Houston area where I transitioned from a long history of theater acting and broadcast journalism to becoming a professional screen actor and voiceover artist. Plus, I’ve been doing creative writing for pleasure since I was in elementary school and I continue to write when I have time.

Q: Dave, You’ve had success in booking a lot of acting roles! How would you sum up the film industry In a few words and what kind of roles are you most interested in ( drama, action, comedy)?

D.M – A: I’ve been fortunate enough to book and shoot over 90 screen acting projects in the past four years. It took a combination of doing the hard work of almost constantly training in acting and voiceover classes and workshops, self-marketing, networking, getting as much experience as possible in different kinds of roles and projects, being reliable, and easy to work with on set and catching a few lucky breaks. In terms of genre, I’m usually drawn to drama.

I think that my “market” or “type” is best described as “compassionate authority figure” (dads, doctors, good cops, etc.).

I’ve also played a few villains, which I enjoyed & I’ve had the opportunity to do some comedy, an aspect of my acting that people tell me I’m good at and which I’ve been working harder to improve, especially recently. I feel that the film industry is open to anyone who wants in badly enough – and is willing to put in the work, do all the things that are necessary, and be patient.

Q: Who are your favorite directors you want to work within the industry and why?

D.M – A:I love Steven Spielberg for his heartfelt stories, his action films and his historical dramas. I admire Christopher Nolan’s imaginative story-telling. I appreciate Quentin Tarantino’s bold and original films. And I also respect Spike Lee’s unapologetic and creative message movies. I would absolutely love the opportunity to work with one or more of these directors at some point!

Q: Can you share with us what are some projects you currently have in the works and what you’ve finished wrapping up ?

D.M – A: Sure! I just finished shooting a short feature film called “Disrobed” which is a naturist comedy. It’s kind of like “Meet the Parents”, except that everyone is naked. It has a very clever script, based on a California stage play, which was based on a 1929 British play which was itself made into a feature film in 1975. It has a wonderfully talented cast (even though I’m also in it, LOL), literally from all over the country – Houston, Chicago, New York, and California! People may decide to check out this one because of the nudity, but they will stay for the fun. “Disrobed” will appear in limited release online this fall to paying customers and, if it does as well as we think it will, it may be released more widely at a later date.

Besides “Disrobed”, I’ve also done a number of short films recently and, within the past year or so, I’ve shot several feature films including “Acid Test”, “The Curse of Professor Zardonicus”, “Road Rage”, “Those Who Call” and “Surviving the Storm”, all of which are still in post-production. Features in which I’ve appeared that are currently on Amazon Prime include “Lion Killer”, “Teacher Shortage” and “Jurica Road”. I have five projects pending (just waiting on shooting dates) and several auditions out there which I hope will turn into bookings. I’m always hustling and looking for the next creative challenge.

D.M – A: Well, I’m good at trivia. I’m on a trivia team that qualified for a national tournament in New Orleans in 2017. Part of the reason I’m good at trivia is that I love history. For example, I can still recite the entire Greek alphabet as I learned it in elementary school and I can write out the full names, years of service, and political parties of all U.S. Presidents from memory. I’m also a published writer and experienced videographer, photographer and photo and video editor, all of which I have done both professionally and for fun. I’m also a pretty good volleyball player and bowler and I speak conversational German and a little bit of Spanish and Italian. Lastly, I’m an avid traveler. I have visited at least 15 countries on four continents and 40 of our 50 states.

D.M – A: My website is www.DavePro.info and my professional Facebook page is www.Facebook.com/DaveMcClainActor. My website features some of my acting, voiceover work and writing from the past four and a half years and I update my professional Facebook page with the latest news regarding my acting career, my voiceover business and my writing. I also have profiles on Actors Access (https://resumes.actorsaccess.com/DaveMcClain), Casting Networks (https://www.castingnetworks.com/DaveMcClain), LA Casting (https://www.lacasting.com/DaveMcClain), Casting Frontier (https://talent.castingfrontier.com/dave-mcclain), Backstage (https://www.backstage.com/u/dave-mcclain/) and the Casting Calls America sites. I am represented in Texas by The Boysen Agency (office@boysentalent.com) and in L.A. and Atlanta by PureFlare Acting and Modeling Agency (iashak.pureflare@gmail.com). I want to thank anyone who takes the time to look at my online presence and ask you to leave me a message with any feedback you may have – and let me know how I might support you in your career & help you follow your dreams!