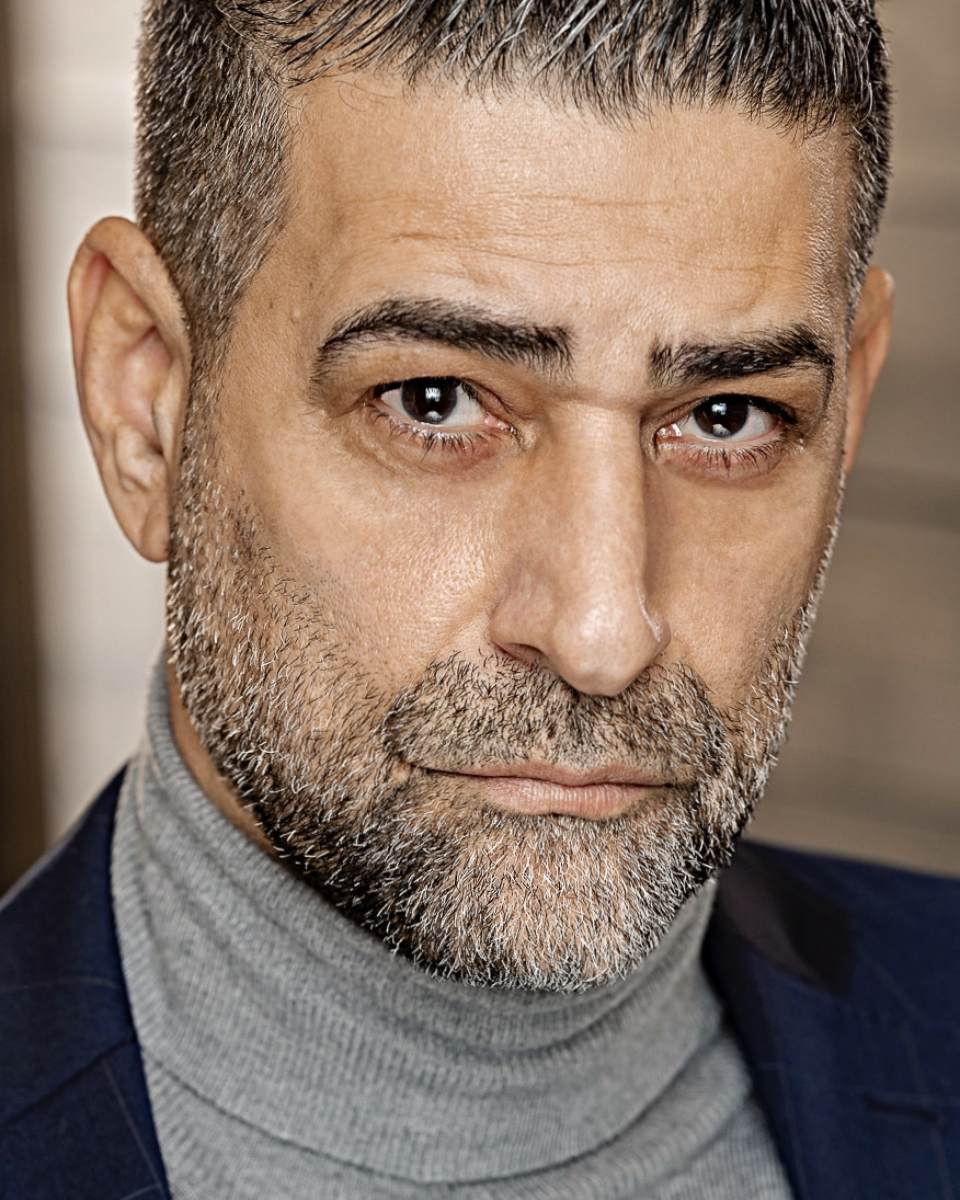 Haithem Antonio Badrani is a multi-dimensional actor and screenwriter. Antonio has starred in popular TV-Shows and films including Seal Team, From Scratch, and many more. Read below our exclusive Q & A with actor Antonio Badrani:

Antonio Badrani – A:I’m from Basra, a southern Iraqi province and I live in Santa Monica, CA.

Q: Antonio, you are rising in the film industry by starring in some amazing productions! What motivates you and inspires you to be the best at your profession in acting and do you have a top 3 favorite actors, filmmakers or directors that you want to work with in the business?

Antonio Badrani – A:I always bring the best of my sense of capacity to perform the role I was hired for, hoping to foster unforgettable leading roles for minorities like me.

As a middle eastern actor, I noticed the lack of content and or the similar type casting toward middle eastern actors that corner us into certain roles example(Terrorist, jihadi, angry muslim man with gun) and ignore the fact that we are as much human as the rest of the actors, and regardless the color of our skin, we’re equal to everyone else and can offer much more.

However, with a positive change to our thinking, we can lead the rest of the world into a change to a better life. Day-Lewis, Meryl Streep, Viola Davis and Frances McDormand are my favorite living actors. Steven Spielberg, Francis Ford Coppola, Christopher Nolan and of course Ang Lee, I would love to work with him again in the future.

Q: You have an amazing look for action & drama films! As an actor, What would you say is your fav genre in roles you play (Drama, Comedy, Action, Thriller, a little bit of all)?

Antonio Badrani – A:Thank you. Most of what I have done is drama, but keep in mind, just like I learned Stella Adler acting techniques for the camera and the theater, I also learned comedy and improvisation at Upright Citizens Brigade, aka (UCB).

However, if casting directors and producers can visualize me in a certain character, then, without a doubt, I will fulfill their vision. Dive into every page of the script, and I will carefully bring out a realistic convincing character.

Antonio Badrani – A:I’m a professional bartender and was told, I’m an excellent cook and a hiking junky, but more importantly, I’m also a screenwriter. During my long journey, starting in 1991, from southern Iraq to southern California with so much in between, I have witnessed some good and some bad things. My adventure kept ringing in my mind and urged me to tell the world what that looked like.

I have now drafted two scripts; Barbed Fences, which is ready for production and S- Class. Two more are in development.

‘When his fight for freedom turns/ makes an Iraqi man into a political prisoner, he must overcome insurmountable odds to gain his release and save his people. What would you do when your civil rights have been violated?’

‘A struggling actor, desperate to make his own movie, gets mixed up in a dangerous heist and soon must choose between his dreams and doing whats right. How far will a man go to make his dreams a reality?’

Antonio Badrani – A: As a producer, I just signed a worldwide sales and distribution deal for a movie I’ve starred in untitled “Breaking Tradition”. A story of a forbidden love, all American boy meets a muslim girl with a compelling twist. Written and directed by the brilliant Felix Stephen.

“The Bridge” 32 minutes short film that was completed recently and is set to be off to film festivals soon. Here is a little about it: “Charlie and Amir are best friends who live next door to each other, but their dads were on opposite side of war in Iraq”. The film is Written and produced by Courtney Ball and directed by Adam Orten.

I will also appear soon on the Netflix TV Mini-series untitled “From Scratch”.

“An American woman falls in love with a Sicilian man while studying abroad in Italy”. Starring Zoe Saldana. Written by Attica Locke and Tembi Locke and directed by Dennie Gordon and Nzingha Stewart. Keep an eye for it.