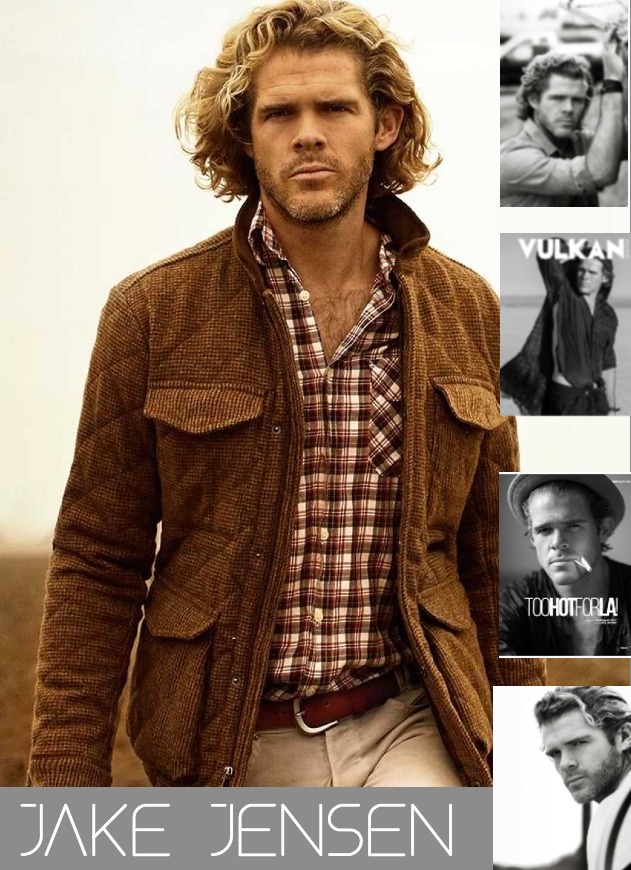 Jake Jensen is a professional American Actor and Model with over 10 years of experience in the entertainment industry and continuously making his way up. Jake has a strong look, talent for the arts, and has some amazing projects currently lined up including a new HBO pilot with top rated actor Will Smith! Read our exclusive interview below with Jake Jensen:

Jake Jensen- A: I was born in Salt Lake City, Utah, and grew up very close to Park City where there is the Sundance Film Festival. I have lived all over the country but have been based in LA for the past 6 years.

Q Jake, you are an experienced actor and producer being a part of 18 different film and TV series productions. You are primarily known for your roles in films and TV Series including Sidespin, Pacific Breeze and your production of the TV Series Luscious! on Life. What motivates you and inspires you to be the best at your profession and in film, do you have a top 3 favorite actors, filmmakers, or directors that you want to work with in the business?

Jake Jensen- A: I think it’s easy to be motivated when you love what you do. I have always followed what I’m passionate about. When I was younger it was piano and tennis. I didn’t really start acting until my late 20’s, early 30’s but I definitely love what I do and have worked really hard to build my credits and have been actively creating my own content for the past few years. My writing partner Kike Adedeji and I have a 30 minute single camera comedy pilot script that we are pitching this year and working on a comedy feature screenplay that we are hoping to have edited and ready to pitch by this summer. I hope this is just the beginning for me as both an actor and content creator as I really love to be creative and work on different roles and projects.

There are so many actors and directors that I admire, but three that I really look up to and am a huge fan of are Sandra Bullock, Will Smith, and Ryan Gosling. I had a chance to work as a day player on the new Will Smith movie, King Richard, and I would love to work with him again.

Q: As an actor what would you say is your fav genre in roles you play( Drama, Comedy, Crime, Action, a little bit of all) ?

Jake Jensen-A: I think I gravitate more towards dramatic roles but I have been exploring more comedic scenes with my acting coaches, so I think I’m preparing myself for a wider range of roles. A good old fashioned romantic comedy role would also be fun, and make my mom and sister very happy.

Jake Jensen- A: I love to play the piano and own three pianos (one in LA, my baby grand is at my parent’s house in Utah because it won’t fit in my LA apartment) and one in Florida where I spend some of my time. I asked for a piano for Christmas when I was 7 and have loved playing ever since. I’m writing a screenplay right now where I will be playing the piano a lot in the film, and I’ve also written the score for it.I’m also fluent in French having lived in Switzerland and France in my early 20’s. I’m also a former collegiate tennis player and still love to play 5-6 times a week.

Jake Jensen- A: I just wrapped season one of Pacific Breeze. The pilot will be released in February and then we are waiting to see where we will release the rest of season one. The plan right now is to start production on season two sometime later in the spring. I also recently had a day player role on King Richard with Will Smith and a small role in a new HBO Max pilot. I also just booked a role on a pilot shooting for a few days in Mexico in March.