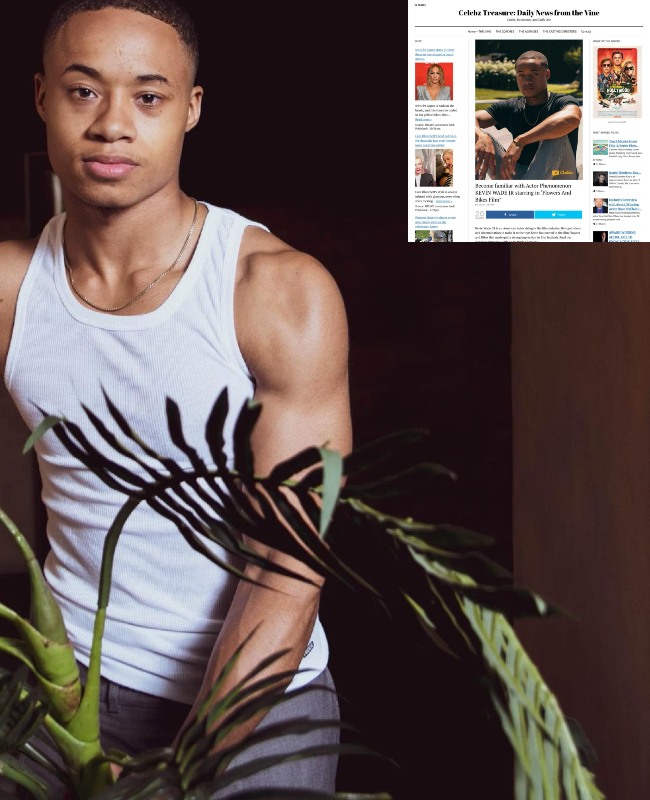 EXCLUSIVE: ACTOR KEVIN WADE J.R BACK ON CELEBZ TREASURE WITH THE LATEST FILM NEWS ON HIS ROLE IN THE SCI-FI FILM ‘EQUARIUS’

American Actor Kevin Wade J.R is back on Celebz Treasure to share with us exclusively his latest film role in the Mind Bending SCI-FI Film ‘Equarius’. Kevin was known for in role in “Flowers and Bikes” and ever since Kevin Wade is taking the entertainment industry by storm. Read below our newest interview with Actor Kevin Wade JR.:

Q: Kevin, it’s been a few months since we chatted with you on Celebz Treasure! How have you been ?

Kevin Wade J.R – A: It’s been challenging these past few months, I’ve been trying to work as hard as I can to book roles with characters who have humanity and who also have a beginning middle, and end. I recently am learning to take a break and recenter myself and my personality.Sometimes it’s easy to get caught up in my craft.

Q: You made your mark in the controversial film “Flowers and Bikes” and We heard a you’re going to be starring in a new film EQARIUS, can you give us a official confirmation if that’s true ?

Kevin Wade J.R – A: Yes Indeed…as an actor you know when you’ve done good work, and so far “Flowers And Bikes” is some of my good work. “EQARIUS” is a very mind-bending film. When I read the script I knew this was a project I was going to do…especially because I’m a sci-fi fan. I know you guys will love it.

Q: Can you share with us what any insider exclusive information what the film is about and your role ?

Kevin Wade J.R – A: “EQARIUS” is a brain-teasing film.It’s going to make people question their point of view on life, if life changed into a world where things such as the human life were valued differently. I am happy to play this role because my character is the one to shed the light on all of it.

Q: What is the status of the film now and does it have an official release date?

Kevin Wade J.R – A: I can’t give too much away “haha”. Unfortunately, there is no official release date yet but you can follow me on my social media platforms below so you can be up to date about any progression in the film.

Q: Kevin you are rapidly, but steadily rising to success! On a personal level, do you have any words of motivation you can give out to your audience ?

Kevin Wade J.R – A: I would say…keep working hard on making your talent into a skill never forget to mentally rest. Mental rest is essential.