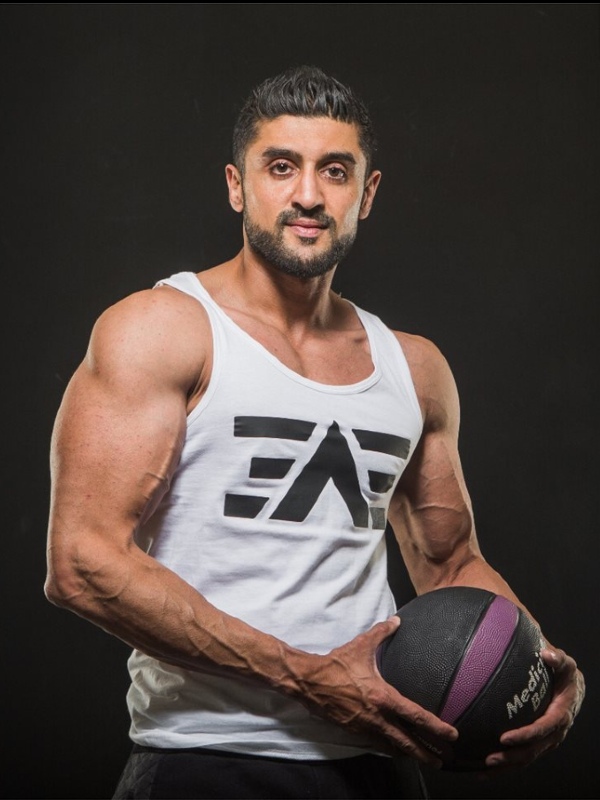 Adam Kiani is a professional Actor, Fitness Cover Model, Serial Entrepreneur and founder of PT Academy, also known to be the Largest Award Winning Fitness Academy in the UK! Adam is known to bring real action on set and off set he is a driven CEO, pro boxer, fitness expert and chairman of UK Fitness Awards. Read our exclusive Interview with Actor Adam Kiani Below:

Adam Kiani – A: I am born and bred in Birmingham, UK. Due to work commitments I currently fluctuate between the Midlands and London.

Q: Adam, you are a well-trained actor completing courses Rada,Kingdom Drama School and earning a tuition at the notable Guilford School of Acting! Aside from acting you are also a successful entrepreneur and the chairman of UK fitness Awards. How did you get started in the entertainment industry?

Adam Kiani – A: As an industry leader I was often invited to present at conferences and expos. I also founded an MMA show called UKMMA with a friend from East London.We gave the event a real UFC feel to them and the first show was an instant sell out and hit.

We were approached by a SKY Channel that wanted to air the shows and they went on to make a two part series of the last few shows, even airing the last one live that was held at New Bingley Hall in Birmingham. To prep for TV, I was sent to Pinewood studios to do a TV presenting course. I went on to do some more ad hoc TV presenting and record lots of content for one of my companies. As part of that content we looked for social media influencers to work with which led to collabs with guys such as Sideman and Metisha. In 2018, I was invited to audition for a gritty raw crime film. Success at that audition led me to enroll into Drama school and thus the journey began.

Adam Kiani – A: Ha, Now you put me on the spot. I’m a huge Guy Ritchie, Danny Boyle, and Mel Gibson fan and I just have to feature in a Stallone movie having been told I look like him all my life. There’s so many talented actors and actresses out there and there’s too many to shortlist but if you really put me on the spot and said I have to pick three it would be: Denzel Washington, Leonardo DiCaprio and Daniel Craig.

Q: You have an amazing look and authentic skill for action films! As and actor, what would you say is your fav genre in roles you play( Drama, Comedy, Action, a little bit of all) ?

Adam Kiani – A: Thank you for the compliment. I love challenges and like to push myself and I’d happily do most roles but love action and comedy .

Q: Share with us something people may not know about you and other passions you have. What do you like to do in your spare time aside from acting ?

Adam Kiani – A: I take my training very seriously and that includes weapons training. I’m also very passionate about business and am a natural entrepreneur. I own several companies and spend a good few hours in the day with my different teams and workload. I’m always on the look out for new ventures to invest in or get involved in.

Adam Kiani – A: I recently started my own production company with some colleagues I studied with at Drama School. We shot our first short film in Brixton in London. Based on a true story its currently in Post Production and due for release in the fall of 2021.

Adam Kiani – A: My official website is www.adamkiani.com my imdb profile .