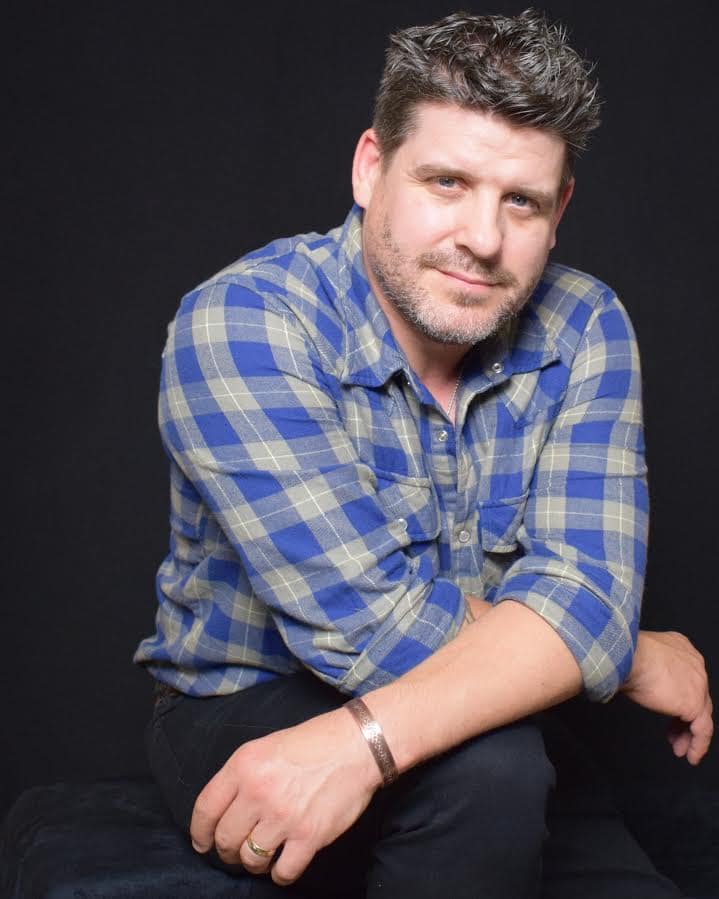 Paul Gregory is an English actor residing in the heart of the film industry, Hollywood, California. He’s been in the film industry for about 5 years now and he has defiantly impressed his viewers with some amazing strong performances. We had the chance to interview Paul Gregory himself here on CelebzTreasure, read the exclusive interview below:

P.G – A: I’m an English actor, I was born Sept 11, 1971 in Bristol, England. I reside both in the UK and in California, USA, but Im currently based and working in the UK at the moment.

Q: How many years have you been involved the industry and how can you sum it up in a few words?

P.G – A: How did I get into the business and how long have I been in it… Although I didn’t come into the film and tv industry until 2015, I have always been involved in the entertainment industry. Since my mid-teens I joined a local wrestling school (unknowing at the time I had a natural talent for the sport). It wasn’t long before I made a name for Myself and I was being booked by promoters for shows all over the UK! From there my wrestling career moved on a successful fast track , I went on to wrestler in Europe even the United States, where I wrestled against some of the greats both new and old. C.M Punk, Mick Foley, Raven, Sandman, Sabu, and Jim the Anvil Neidhart to name just a few. Although I never quite made it to the big leagues I sure had a great run on the Indy circuit and had opportunity to be matched up and wrestle with some of the worlds most well known wrestlers. In 2010 my wrestling career began to slow down, still passionate for wrestling I partnered up with my former wrestling buddy and we opened up our own wrestling school. It was there that I got a taste of the tv and film industry. The wrestling school opened up opportunities for me such as being booked to choreograph some fight scenes for a series of tv documentary’s. It involved me being cast as an extra for the actual fight scenes in the tv-movie. Then year 2015 was without a doubt the turning point for me. While vacationing over in Florida I met beautiful Hollywood actress Tuesday Knight who is best known for her role as Kristen In a Nightmare On Elm Street Part 4.

We began dating almost immediately and September 10th, 2016 we married at the Paramount Ranch in California. In currently living in Hollywood and with the support of my wife. I decided to give acting a real go. My first break was a small role alongside Lady Gaga on the hit movie A Star Is Born. Following that, I landed myself roles on the Will And Grace Show, Brooklyn Nine Nine, The Mindy Project and the Crime TV dramas Deadly Sins and Betrayed. My recent work has seen me back in my native Country of England, where I have appeared in the periodic drama called ‘The Spanish Princess’ and most recently the BBC drama ‘The Salisbury Poisonings’ and also the Netflix remake of the Classic movie ‘Rebecca’.

P.G – A: Now to which directors would I most like to work with. Wow, that’s a tough one to answer as there are so many amazing directors out there, but if I had to pick three, my first choice would be James Cameron. The reason being is that not only is James Cameron an amazing filmmaker, but with hit blockbuster films like The Abyss, Titanic, and Aliens, he is also a dedicated explorer of our Oceans and Marine life which I myself have a big love and passion for. My Second pick would have to be Steven Spielberg. He made so many classics when I was growing up like Jaws, Raiders Of The Lost Ark, ET to the more recent Jurassic park, and Saving Private Ryan. All of these films I love as much today as I did back then! Finally, my third and final pick has to be Quentin Tarantino. To me, the Man is a Legend! Not only is he an amazing film director, but he’s a producer, screenwriter, and actor too. I love his work! I would totally jump at the chance to work with him should the opportunity ever come my way. My All time favorite Actor I would love to work along side would hands down be Bruce Willis. He’s been my idol and hero since he first appeared on the hit show Moonlighting.

Q: Which would you prefer to have a role in: A.  A TV-SERIES that lasts for years or B. A major role in a featured film?

P.G – A: A long-running tv show or a major part in a feature film. Well, I definitely like to keep myself busy that’s for sure! Having a role on a long-running tv show would of course be regular work and would pay the bills. That may be a benefit as all actors know in this business, you just never know when your next paycheck might be coming in, but there is a downside to that in my opinion and that is being typecast. To me acting is all about getting out there and being able to play as many different roles as you can rather then just one. This allows you to constantly improve and build on your craft. So for me personally, I would most likely go for the feature film. Of course, I wouldn’t turn down a tv show. I just wouldn’t want to be tied to one particular character year after year.

Q: You are a very talent actor and you did an amazing job in the ‘ The Bloody Man’ film . What does it take to prepare for such a role and how long did it take to film that role?

For starters, I got to shoot a film with my wife Tuesday Knight. Even though we didn’t actually have any scenes together, we were involved in the same project. Secondly, I didn’t just act in the film I also choreographed all the stunts/fight scenes as well. How did I get the role and how long did I prepare? Well, Tuesday and I met with the director of the film while in Chicago. Originally he was just keen to see if Tuesday might be interested In shooting this 80s style horror movie the following year up in Kentucky. As it turned out some of the scenes involved flashbacks to the early 1800s when the first English settlers landed in America. With me being from England, he wanted me to look at the role of Charles. Upon returning to LA, I read the script, I really like it and over a phone call, the director offered me part of Charles. The rest is history! Now actually preparing for the role in Bloody Man was a task. I basically had to let my hair and beard grow for almost a year. Believe me, it wasn’t easy as I’ve always been used to having fairly short hair, but I eventually got there in the end and It paid off as it did look great and it fitted Charles’s character perfectly on-screen . Let me tell you, on the day I was done, the whole lot came off. My actual shooting days for the role was only 4 days, but I was on location for almost a month doing the stunt/fight scenes. The movie is now completed and has just recently had its big screen premiere in Kentucky where it was filmed. Unfortunately, Tuesday and I were unable to attend due to the Covid restrictions on flying. We heard the premiere was a big success and it got some really great reviews. One to definitely look out for over the next couple of weeks!

Q: Do you have any other secret talents or hobbies you enjoy doing in your spare time aside from acting?

P.G – A: Hobbies and Interests when I’m not acting….. Well, I’m sure I have plenty of those. It’s just finding the time to do them all. To start off, I love the great outdoors. I like to do everything from Camping, White Water Rafting, Kayaking all the way to Water and jet skiing out on the Ocean. I love Baseball. (both playing and watching). My life long favorite team is the Cleveland Indians. I am also a huge Country Music fan. I love to attend live concerts and country festivals whenever possible to see my favorite Country artists.
When I’m not doing all this outdoor stuff. I pretty much like to just relax at home. Maybe do a bit of gaming on the PS4.

P.G – A:  Currently thanks to all the lockdowns and Covid restrictions worldwide. I don’t actually have any upcoming projects penciled in right now. Hopefully all this will change very soon. And I will be able to get back to doing what I now love. Most recent projects completed are The Salisbury Poisonings and Rebecca.

P.G – A: You can follow on Facebook or if you want to keep up with my latest projects, check out my filmography on my official IMDB PAGE.