Meet actress / stunt master Crystal Mudry, she has a Girl Next Door image, but don’t let that fool you, view more of her work and you’ll see she  has a rocking attitude and amazing skill making her a talent actress and stunt double!

What you Need to know about Hollywoods Top Stunt Double Chick 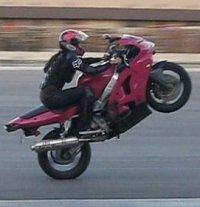 Crystal knows how to ride and she can ride with one wheel! That is one amazing skill that not most stunt double females can do!

2. She was a Stunt Double in Multi Million Dollar Hollywood Box office Films

Check her insane stunts out on 2017 film Death Note, in 50 SHADES DARKER, In Supernatural, or in 2017 Power Rangers ft singer Becky G, or in new 2020-2021 Action Drama series Snowpiercer!

3. She has over 98 Film Credits just for stunts!

So much work and crazy stunts, check out what films Crystal has worked on here on her official IMDB profile