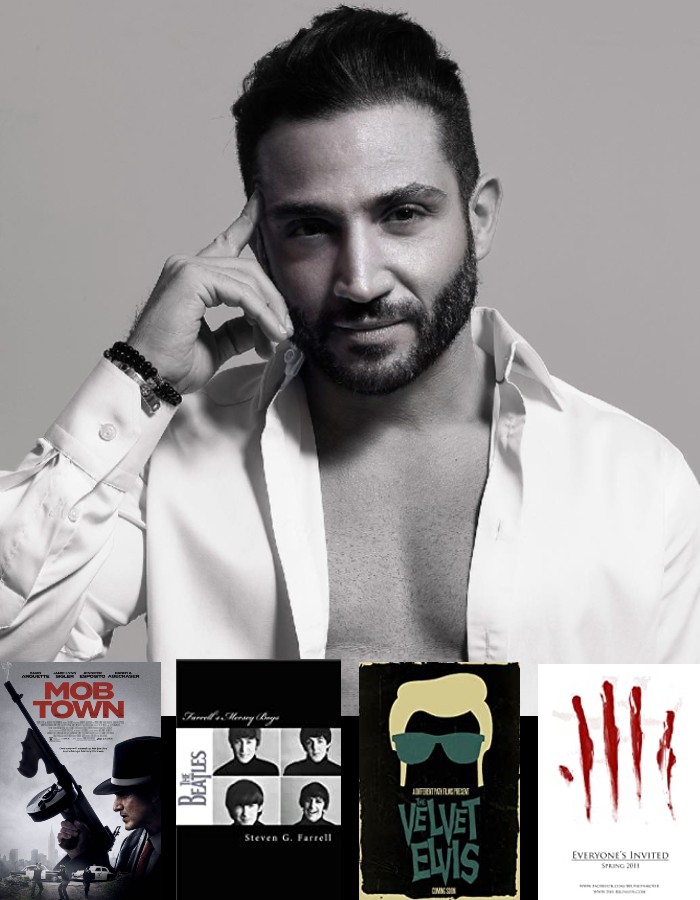 Aaron Ronnie Almani is an American Actor and Producer born in New York. Currently Aaron is residing in Manhattan, also known to be one of NY’s main famed City’s of the entertainment industry also known for their major theatrical productions. In film, Aaron Ronnie Almani is most known for his roles Mob Town (ft Actor David Arquette, Jennifer Esposito), The Reunion ( a crime-horror flick) and for his role & production of Mersey Boys. Aside from film, you may have seen Ronnie Almani starring on some of the most popular TV-Shows including Law & Order: Special Victims Unit and The Perfect Murder (ft Michael Douglas and Gwyneth Platrow). As well as several leading roles in numerous Off Broadway productions. Read the latest news below on actor Aaron Ronnie Almani and exclusive role confirmed 2022 :

The film described on IMDB as: “Al Moran, an Irish American professor, takes a position at the Liverpool Art College. He quickly crosses swords over the the beautiful Ginny Browne with a young student by the name of John Lennon.”

The film written by Steven Farrell, was filmed in Liverpool, Merseyside, England, UK .

The film written by Steven Farrell, was filmed in Liverpool, Merseyside, England, UK and has been in talk to be performed as a Broadway play with the same actors involved

FROM WRAPPING UP ‘MOB TOWN’ TO HIS LATEST ROLE IN ‘GEMINI LOUNGE’ OFFICIALLY CONFIRMED:

Actor, Producer Aaron Ronnie Almani recently wrapped up his role alongside David Arquette, Jamie Lynn Siegler, Jennifer Esposito in a film called “MobTown” directed by Danny A. Abeckaser. He is currently in production for another film that it is officially will star in and confirmed to play the role of Dominic Tollerico in the film “Gemini Lounge” Based on true events of the life of 80’s Head Gangster Roy Demeo which will also be directed by Danny A. Abeckaser.

ACTOR AARON RONNIE ALMANI AND HIS TAKE ON ACTING

“I love almost every single acting genre there is, and have an extremely wide range in acting ability which I have yet to expose and it is because of vast arsenal of emotions and experiences in many different areas of life, that I poses the capability to play almost anything on camera.”

(1) Although born and raised in NY, at 12 years old and continued throughout his teen and young adult life, Aaron would move around a lot including spending 10 years ( on and off) in Israel.

(2) Since the age of 15 Aaron, owner of Almani Diamonds, has been a high end fine jewelry designer with expert skills including benchwork, to setting diamonds, to CAD design all the way through production until the final product.

(3) Over the past 4 years Almani is currently developing a product related to the endocannabinoid system in the human body and has a successful business selling that make a sells medicinal cannabis products.

(4) In addition to all these, Aaron has a new NFT Project launching on 2.10.22 will display attributes never seen before to date in the NFT world. They will be launching in New York, NY at to be disclosed venue.

FOLLOW AARON RONNIE ALMANI ON HIS OFFICIAL SOCIAL MEDIA & KEEP UP WITH FILMOGRAPHY ON IMDB: