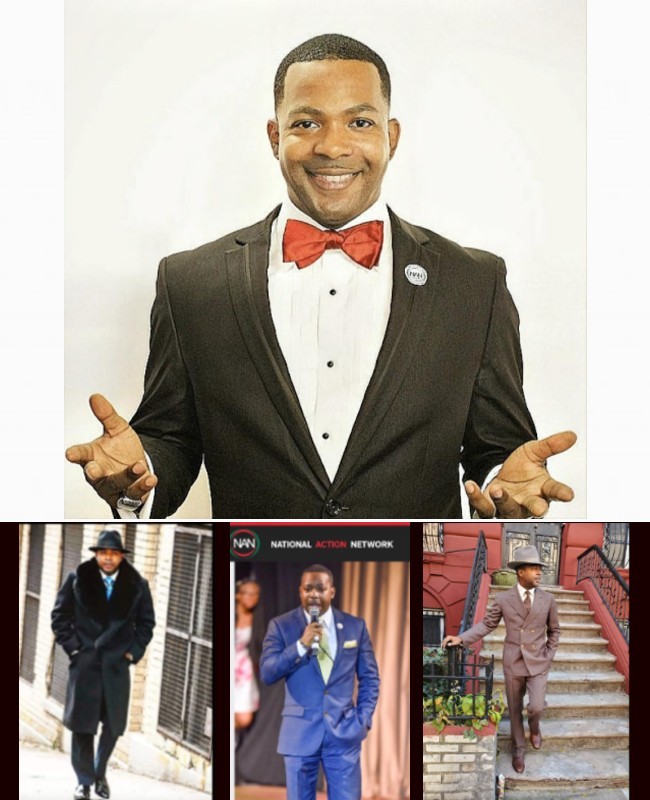 James C.B Gray is an American Actor, Producer, Drummer and a Civil Rights Activist with a great background history in education and great recognitions for his work. James has co produced the “All Night with Joey Reynolds” that was picked up by NBC’s subsidiary network broadcasting 5 nights a week on NASDAQ Studio, in the heart of Times Square, NY. James is making his way up in the entertainment industry with some amazing new that he has in the works! Read our exclusive interview below with Actor & Producer James C.B Gray:

James C.B. Gray – A: I’m originally from Mt.Vernon, NY and I currently reside in Harlem,NYC where I’ve lived for the last 15 years.

Q: James, you are an actor and producer starring in amazing films, co-producing the late night show ‘ All Night with Joey Reynolds”, and you’ve been trained by the best at the Open Cage Theater with former acting coach of Denzel Washington ! What would you say motivates you and inspires you to be the best in your profession ?

James C.B. Gray – A:I was blessed to have great parents and mentors who always inspired me to be the best at whatever I do.

James C.B. Gray – A: Of course Denzel Washington is my favorite actor and I always wanted to work with him and one day I will…Ron O’Neal is another great actor that I always admired and studied, unfortunately he passed away before I could meet him…and Michael B. Jordan is a great young actor that I would love to work with one day.

Q: As an actor, do you have a favorite genre of films when it comes you roles you’d most like to book ( Drama, Comedy ,Action, a little bit of all) and is there something you’d like to expand upon?

James C.B. Gray – A:They say I have an old soul and it reflects in the films that I like the most, I love period pieces that tell great stories, but I’m into all film genres and I’m very versatile and can portray any character I set my mind to.

Q: Share with us something people may not know about you. What hobbies or other secret talents you have and or like to do in your spare time aside from filmmaking?

James C.B. Gray – A:I’m also a professional drummer who’s played at legendary places like the Cotton Club,Lincoln Center and the Blue Note…me and my band use to play the Harlem music circuit and frequently played at the Lenox Lounge,Minton’s Playhouse,St Nick’s Pub,Paris Blues and Showmans.

Q: Can you share with us any projects you have it the works or that you’ve wrapped up?Also you have a great line up of new productions you are producing, please share with us about those as well.

James C.B. Gray – A:I’m currently starring in a production called “The Playbook Redemption” which I’m also producing as well.This film is an urban drama about a crew of 3 friends who ran the streets of the Bronx for years with drugs, guns and violence and after 2 of the crew are killed,the last man standing realizes it’s time to change his life and make things right by giving back to the community that he helped to destroy.

I’m also producing a 3 part Docu-series called “Middlemen” which is a Docu-series about Police brutality and the corruption of the criminal justice system that has failed so many people.This production is centered around the Mother’s of Eric Garner,Amidou Diallo and the Father of Sean Bell as they elaborate about the injustice that happened to their sons. Korey Wise of the Central Park Five is also featured speaking about his awful life-changing experience as well.I’m also in this production elaborating on my experience with Police Brutality which actually inspired me and my director Rochelle White to do this Docu-series.